A saleng (motorbike side car) has caught fire after a cooking gas leak today (June 22) in Kathu.

Officers at the Kathu Municipality were notified about the incident on Phra Phuket Kaew Road near the Bang Chak Gas Station around 11am. Kathu Police and fire fighters arrived at the scene to find a Honda and its side car (saleng) on fire.

It took 20 minutes for fire fighters to put out the fire. Motorists nearby had to be blocked whilst the gas bottle used up its fuel. The saleng was totally destroyed.

One of the firefighter says, “The saleng driver told us that he was selling siopao (steamed bun) in front of a 7-Eleven store opposite the Kathu Thani Housing estate this morning.  After that he headed off to sell in other area. When he was just getting up to speed, a gas leak, where the pipe from the cooker joins the valve at the top of the gas cylinder, burst into flames. The fire spread to the rest of the saleng and the driver got out and ran fearing the gas could explode.

Police are continuing their investigation to find out what caused the leak in the cylinder. 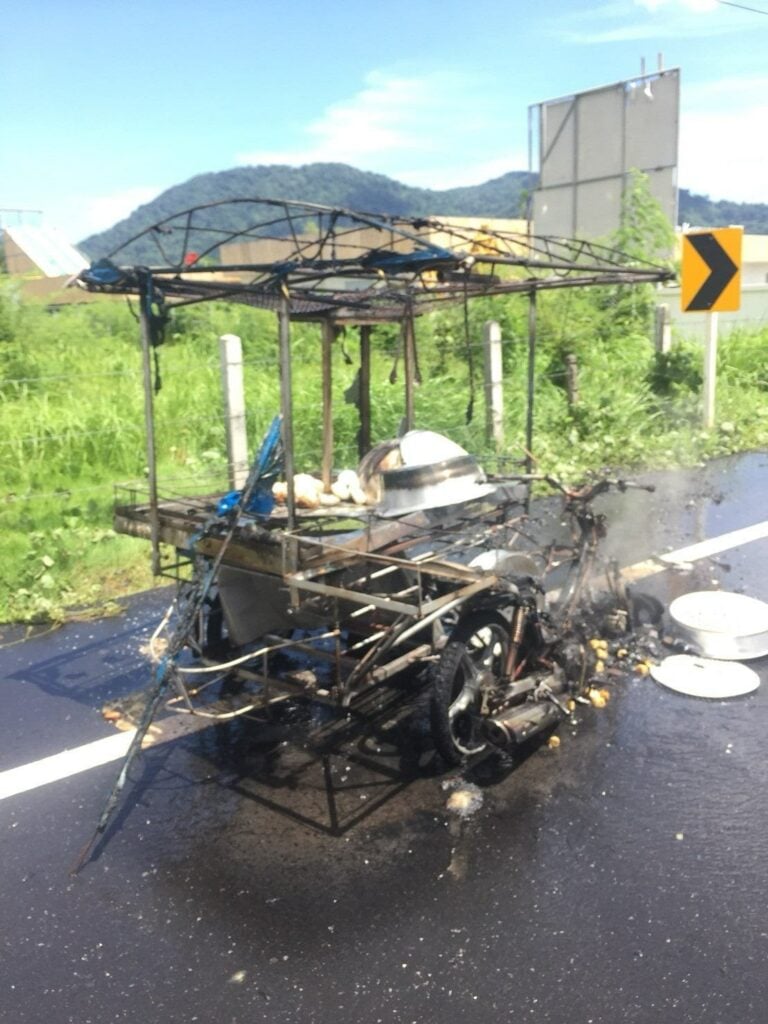 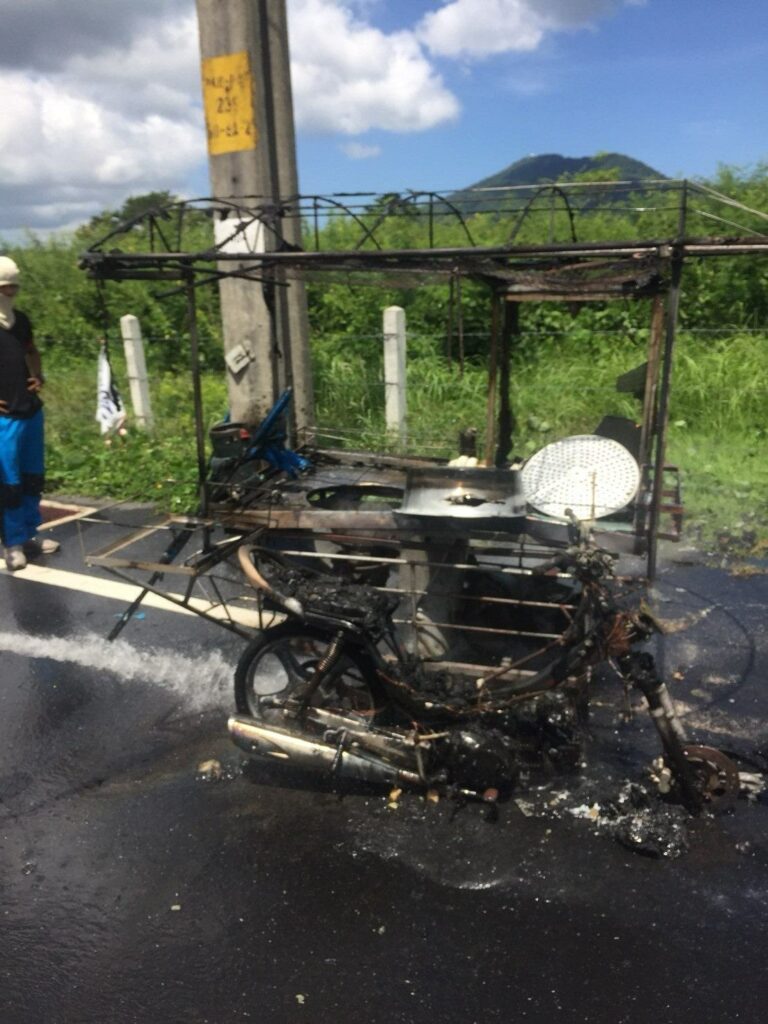 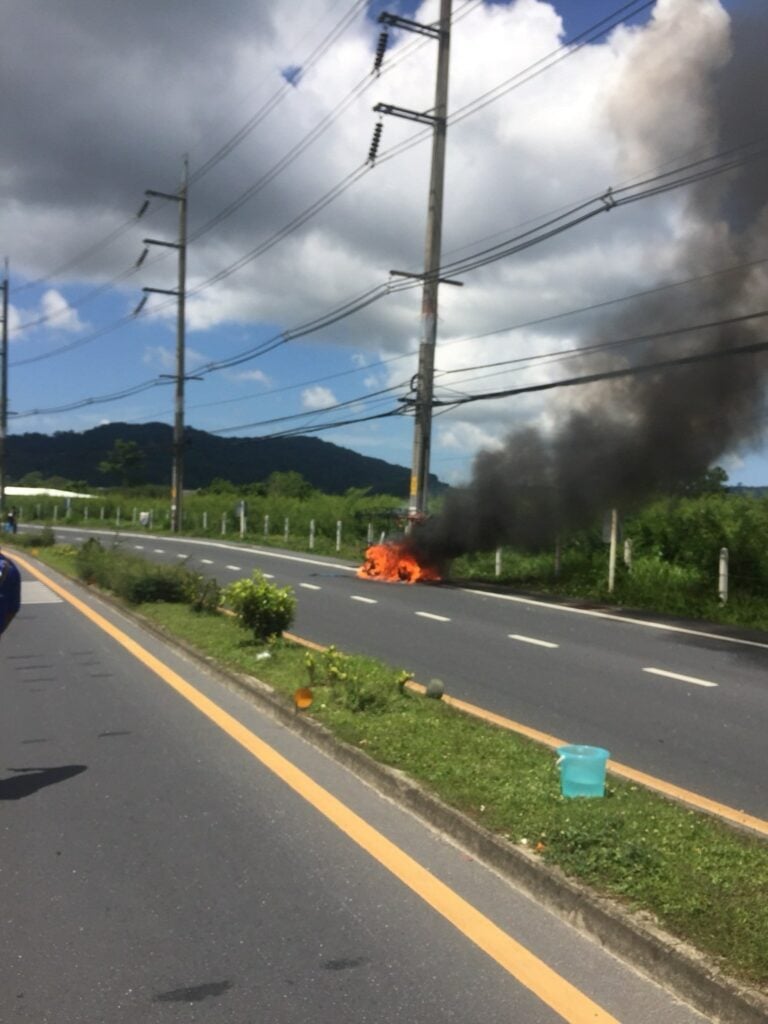 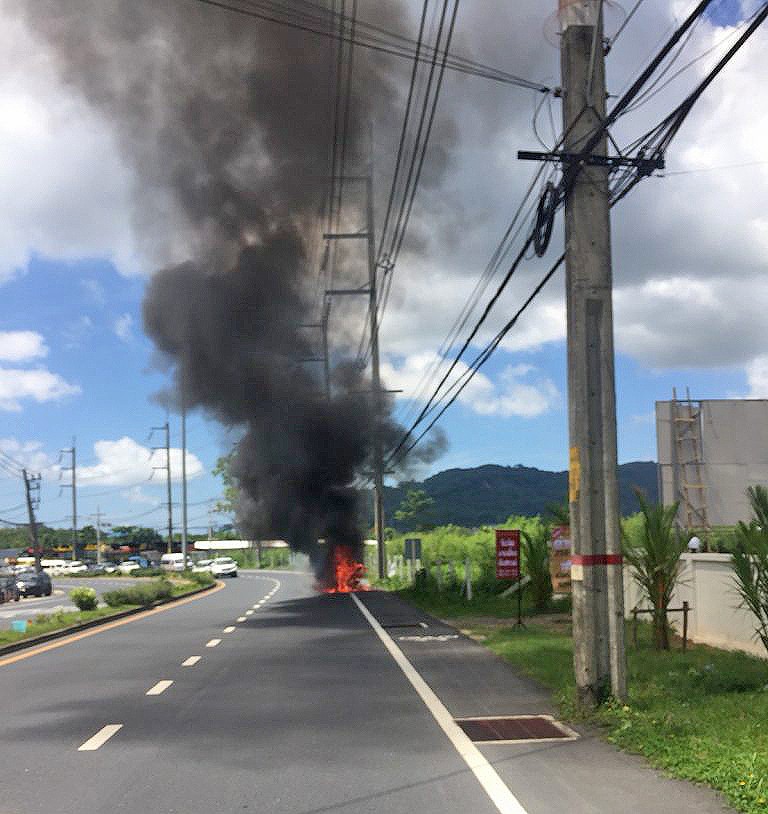 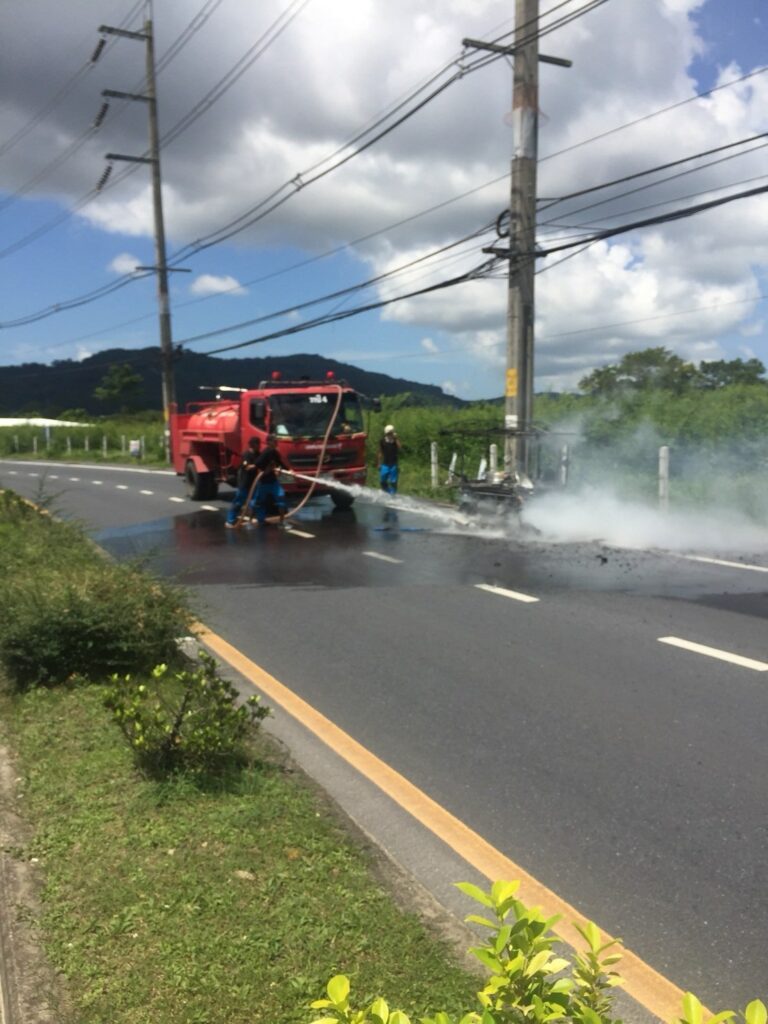 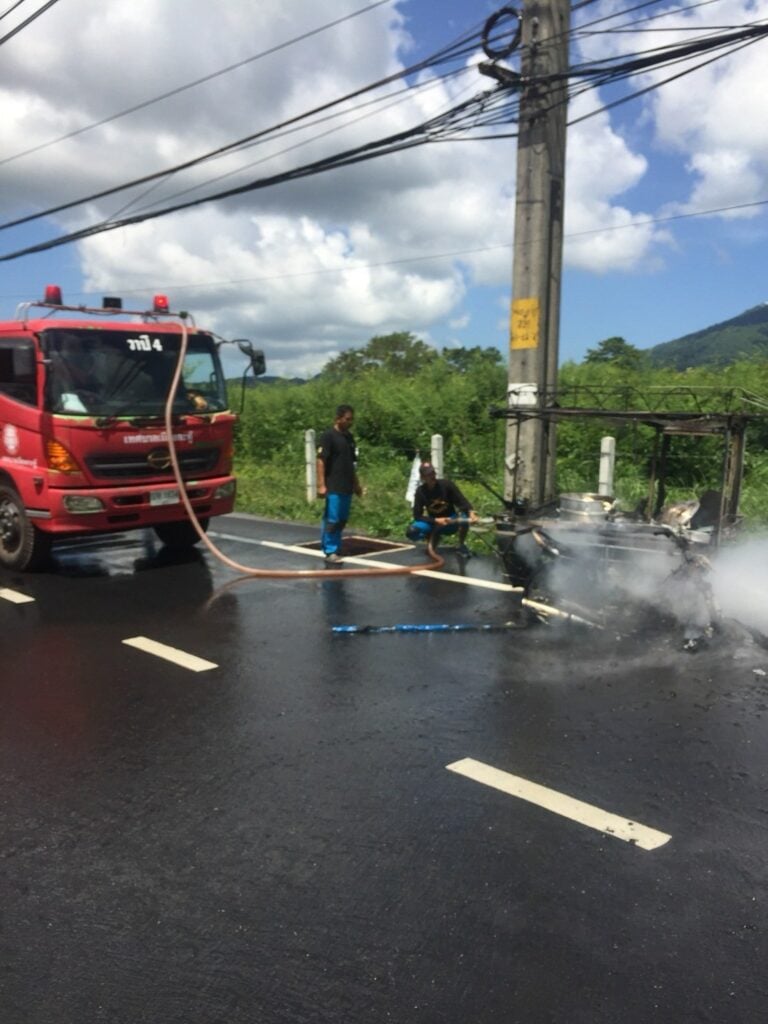