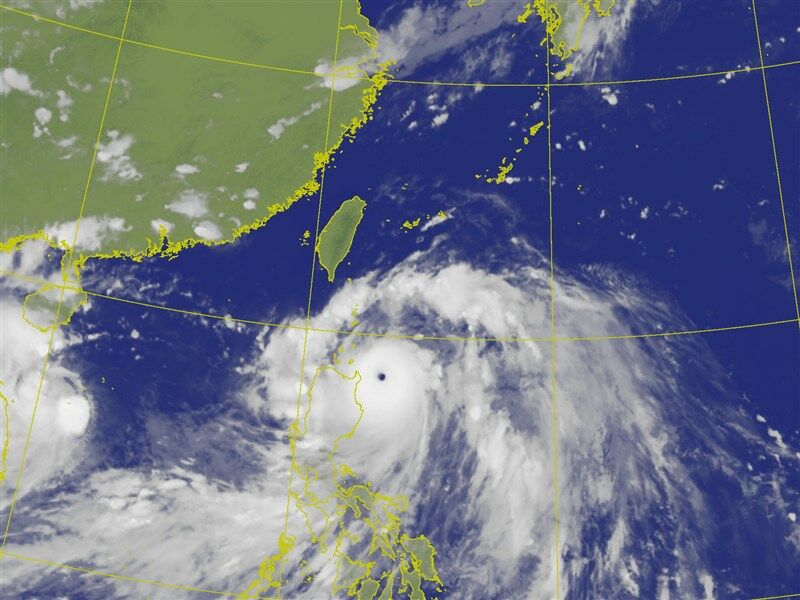 Thailand is not alone in the massive storms and flooding it has experienced over the past week or two. Southeast Asia is looking down the barrel of two major storm systems, Super Typhoon Chanthu lumbering towards Taiwan and Tropical Storm Conson advancing on Vietnam, both expected to make landfall this weekend.

The super typhoon will batter Taiwan with powerful and dangerous winds coupled with extreme rainfall. Yesterday Taiwan already issued the first land and sea warnings for the Pingtung and Taitung regions of the island nation.

Chanthu is the second super typhoon of the year after April’s Surigae, and is one of the strongest of the year, equal to a category 5 Atlantic hurricane, with wind speeds reaching 260 kilometres per hour.

The Joint Typhoon Warning Center says that Chanthu formed humbly on September 6 but intensified alarmingly quickly gaining 80 knots in wind speed by the next day, some of the fastest growth ever recorded. For perspective, a storm is considered to have rapid intensification if it gains 30 knots in a day.

The super typhoon just brushed the edge of Northeastern Luzon in the Philippines this morning with a 1- to 2-metre storm surge. Powerful winds and heavy rains are expected to pelt the Philippines for a lot of the day.

While the storm did appear to weaken a bit as it headed north, the south of Taiwan has warnings for potential flash flooding and mudslides in the mountains due to torrential rainfall. Travelling up the east coast of the island may weaken the storm but predictions forecast at least 180 kilometres per hour winds for the whole weekend.

The super typhoon may continue North into China as far as Shanghai by Monday or Tuesday dumping rain on the mainland as well.

Tropical Storm Conson is expected to bring an onslaught of rain that will cause flooding throughout Vietnam. It is expected to make landfall in the evening tonight and into the morning tomorrow near Da Nang. The region of Vietnam already started seeing thunderstorms and winds yesterday as the edges of the tropical storm brushed the coast of the country.

Conson is much weaker than Chanthu, who may blow at nearly triple the speed, but Conson’s 75 kilometres per hour wind is enough to do serious damage and to push Vietnam to prepare 500,000 standby soldiers in case of storm devastation. the government has also ordered that all watercraft stay at port with evacuation plans readied.

The forecast expects 100 to 200 millimetres of rainfall through Monday with some areas possibly experiencing over 250 millimetres, enough to cause serious mudslides and flash flooding. The tropical storm may affect as many as 800,000 people in the north of Vietnam where it would be the 5th major storm to strike the area this year.

gummy
7 hours ago, JamesE said: The new projections show Conson staying south and slowing down. Isaan's gonna get wet. https://www.wunderground.com/hurricane/western-pacific/2021/tropical-storm-conson I hope so as we need all the rain we can get in our part.