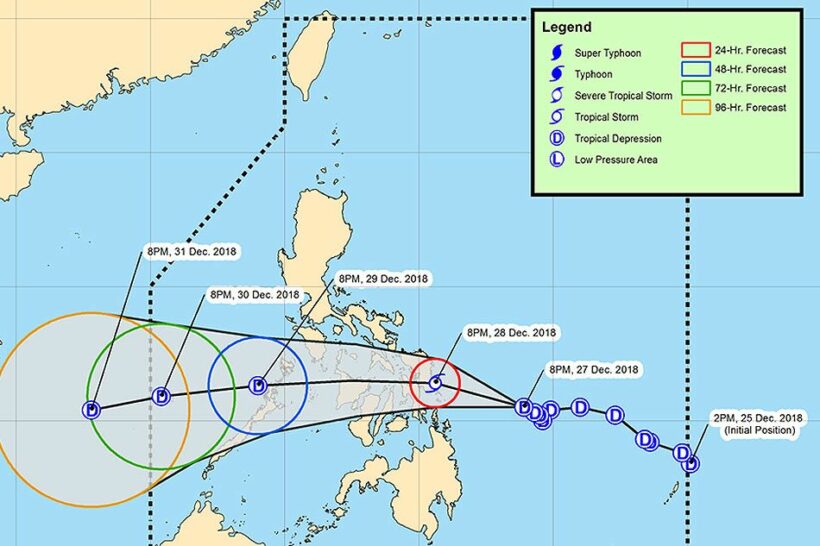 Another tropical storm, this one called Usman has so far killed at least 22 people as it passed through several provinces. The storm has triggered floods and landslides forcing villagers to flee to safer areas. The death toll is expected to rise.

More than 6,600 people have been stranded in various locations, while Cebu Air and national carrier Philippine Airlines have cancelled many flights from December 27 to 29.

Authorities report that the storm has forced the evacuation of at least 17,000 people in the Bicol region in the southern areas of the main Luzon island. Three are reported dead in Albay province due to a landslide. Another seven more were killed in Masbate, most of them drowning. Six more deaths were reported from Sorsogon and Camarines Sur provinces.

Civil defence officials report at least 16 people are reported bead in Bicol while six others were killed in Eastern Visayas.

Government forecasters said Sunday that heavy rain would continue over the next 24 hours in the northern Philippines.

About 20 cyclones pass through disaster-prone Philippines each year.

Malaysians citizens being warned about travelling to Thailand’s south