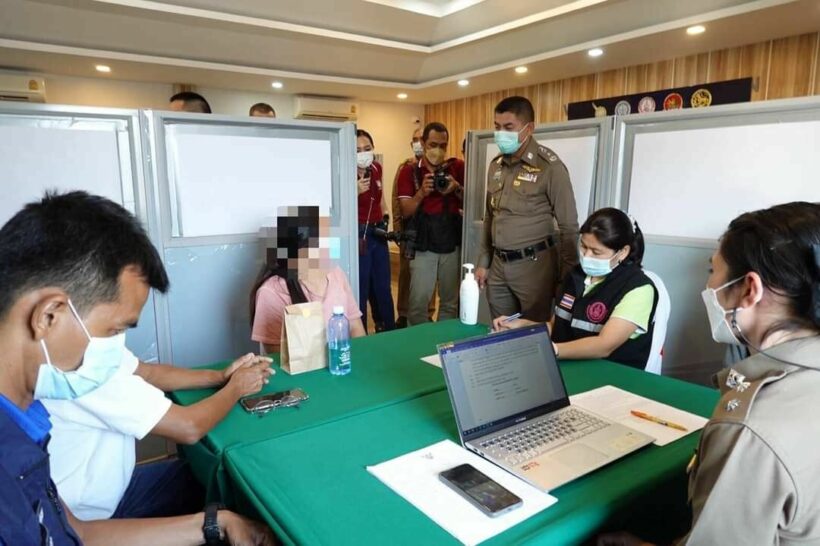 A Thai woman alleges organ harvesters in Cambodia drew her blood and were about to cut her open when she was rescued. Police are now warning Thais about accepting jobs overseas as not only can they get wrapped but in an illegal scam operation, but police say organ traffickers have been known to remove kidneys, the liver, and eyes after drawing blood.

Thailand’s Deputy Commissioner of the Royal Thai Police, Surachate “Big Joke” Hakparn, told Thai media about the woman’s story as she told him. She said she was first lured into Cambodia to work illegally for a Chinese-operated call centre. When she arrived in the country and was told to work for the centre, she refused. She says she was then assaulted, detained, and left to starve.

The woman says she managed to escape and hired a vehicle to get to a town on the border of Thailand and Cambodia. On the way there, the vehicle stopped to stay at a hotel overnight. The woman says after that, she woke up back in the city she had escaped from. At one point, she was able to contact another Thai woman, asking for help.

She says she was sent to an area by the Vietnam border and was put in a room where there was a lot of surgical equipment. She says the gang filled three to four bags with her blood and then prepared to remove body parts. The woman says she had heard screams from a room nearby.

Since she had contacted a woman, who then alerted authorities, the woman was found by tracking the signal from her phone. Thai media didn’t go into detail about where exactly the woman was found, or if Cambodian police made any arrests.

She says they were going to cut her open to harvest her organs, when she was rescued. She says she was taken to a hospital for treatment until she regained strength.

Big Joke says police checked the LINE group and found that the Chinese organ trafficking gang went after certain victims for parts such as kidneys, eyes, and livers to the black market.

The woman was one of a group of eight Thais who were rescued after getting lured into work in Cambodia. The victims arrived back in Thailand yesterday at the Thailand – Cambodia Friendship Bridge in Sa Kaeo. Big Joke says the Royal Thai Police will now discuss with Royal Thai Embassy in Phnom Penh and the security department in Cambodia about human trafficking. It’s estimated that around 3,000 Thais are working illegally in Cambodia and police will work on sending them back to Thailand.

Police added that Thailand will ensure there are tough measures in place to crack down on transnational human trafficking and level up the processes of identifying victims to meet the international standards.

In 2007, the World Health Organisation estimated 10% of liver and kidney transplants were done with illicitly trade organs.

oldschooler
1 hour ago, Tim_Melb said: I don't think it's a myth but I agree there does seem to be a complete lack of evidence in this case. In any case …although very possible happening in secret in advanced tyrannies
CamPat
A similar Story "The Chinese Blood Slave" was reported a short while ago. That one , too raised many questions on how credible the claim was: https://www.sixthtone.com/news/1009791/cambodia-says-chinese-blood-slave-story-doesnt-hold-water

Poolie
31 minutes ago, CamPat said: A similar Story "The Chinese Blood Slave" was reported a short while ago. That one , too raised many questions on how credible the claim was: https://www.sixthtone.com/news/1009791/cambodia-says-chinese-blood-slave-story-doesnt-hold-water Not credible at all. It was declared a…

Soidog
1 hour ago, Poolie said: Not credible at all. It was declared a hoax back home: Story about Chinese 'blood slave' in Cambodia found to be fabricated Zhang Long 16:54 UTC+8, 2022-03-01 https://obj.shine.cn/files/2022/02/28/1a1ab1f7-7fb5-4554-859e-b54ac14e4bc1_0.jpg The picture used in the…
CamPat
Joint major crackdown on illegal Thai migrants in Cambodia prevent people falling prey to call centre gangs in the works source:https://www.khmertimeskh.com/501040284/joint-major-crackdown-on-illegal-thai-migrants-in-cambodia-prevent-people-falling-prey-to-call-centre-gangs-in-the-works/ One Fact seems to look like a red ribbon in all of these cases. All foreigners working at…