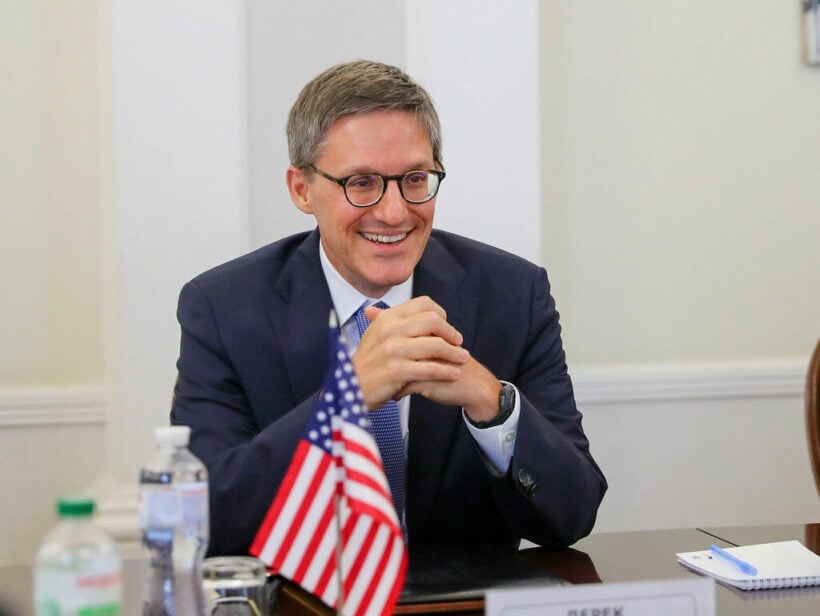 The US State Department Counselor Derek Chollet. | Photo via Flickr.

The US, along with the UK and Canada, imposed new sanctions on people and organisations linked to Myanmar this week, focusing on judicial officials involved in prosecutions against Myanmar’s deposed leader, Aung San Suu Kyi, who has been detained since the coup last year.

According to US State Department Counselor Derek Chollet, Myanmar’s military and those who assisted the junta that seized power a year ago will continue to face sanctions, saying “we’re not done.” He was referring to individuals who were behind or assisted in the coup, as well as those attempting to undermine the country’s democratic path.

Official data from the United Nations human rights office shows that the coup provoked strikes and protests, killing roughly 1,500 citizens in crackdowns and around 11,800 being arbitrarily detained.

According to Treasury Undersecretary Jon Chollet, the US has placed sanctions or export limits on 65 individuals and 26 businesses, including one Myanmar businessman for assisting the military in procuring guns and another for providing financial support.

Chollet claimed that Washington was in constant touch with military opponents, including the National Unity Government, a parallel government that wanted the West to do more to suffocate the junta. He also confirms that the US is collaborating with Singapore to discuss measures to limit the military’s access to overseas financial holdings.

Soidog
23 hours ago, Poolie said: No. They want a proxy war. Just like the Chinese then
CamPat
US Weapon of Mass Destruction = SANCTIONS ! If you cant beat them starve them.

nobusinessofurs
On 2/4/2022 at 5:12 PM, Poolie said: No. They want a proxy war. The Socialist Democrats are the War Mongers.