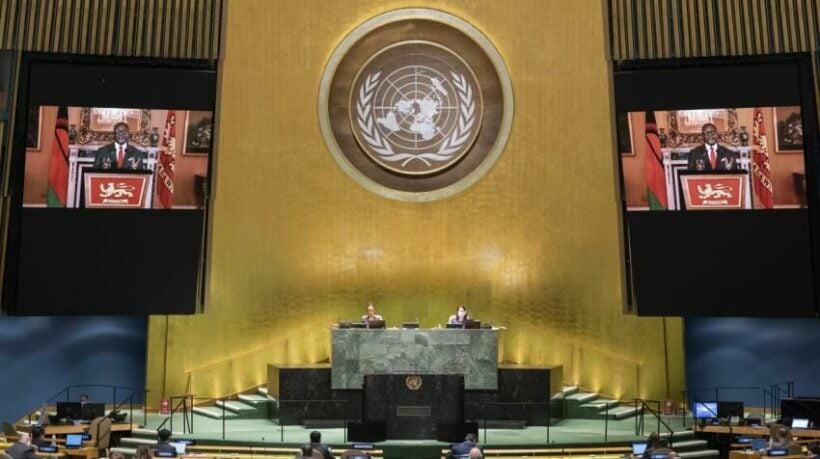 General debate of the 75th session of the General Assembly. Photo/ Un.org.

The Myanmar military junta and the Taliban in Afghanistan are likely to be temporarily barred from representing their nations at the 193-member United Nations credentials committee, which includes Russia, China, and the United States.

The committee will meet at UN headquarters to assess the credentials of all 193 members of the UN General Assembly for the current session, and Reuters reporters that it is expected to suspend its decision on Afghanistan and Myanmar’s representation on the condition that their incumbent ambassadors remain in place.

According to diplomats, both the committee and the General Assembly generally make credential decisions by consensus, and a report on all members’ credentials will be sent to the UN General Assembly for certification by the end of the year.

The UN Secretary-General Antonio Guterres claimed the desire for international recognition by the Taliban is the only leverage other nations have to fight for inclusive governance and respect for human rights, particularly for women, in Afghanistan.

Myanmar’s junta has nominated military veteran Aung Thurein to be its UN envoy after seizing power from Aung San Suu Kyi’s civilian government in February. But the current Ambassador, Kyaw Moe Tun, appointed by Suu Kyi’s government, remains in his position despite being the target of a conspiracy to assassinate or damage him over his opposition to the coup.

No country should recognize or legitimize the junta, according to the previous UN special envoy on Myanmar, who stepped down last month, while Guterres committed in February to mobilising pressure “to ensure that this coup fails”.

Fanta
12 hours ago, palooka said: Shut down all communication, borders and flights in or out and truly isolate these ratbags until they come to their senses. Humanitarian efforts only feed them too, so yes shut those down also. Anyone who…

palooka
6 minutes ago, Fanta said: Nah. North Korea. If only they could discover some oil in Myanmar… They tried to shut down Nth Korea nicely but the Chinese just ignore most sanctions and give the beach ball most of what…
Jason
20 hours ago, JohninDubin said: I'd like to think you are right, but so often the UN has adopted LBJ's doctrine that, "It is better to have these people inside the tent peeing out, than outside the tent peeing in".…

Rain
23 hours ago, Jason said: UN recognition would give these "governments" legitimacy...which is precisely why they won't be recognised. Yet, ever notice how convenient that the real evil in the world is never recognized by such bogus bodies as the…

Poolie
3 minutes ago, Rain said: Yet, ever notice how convenient that the real evil in the world is never recognized by such bogus bodies as the U.N. and their usual f_uckwitted romancers. Why is this? Bad losers.