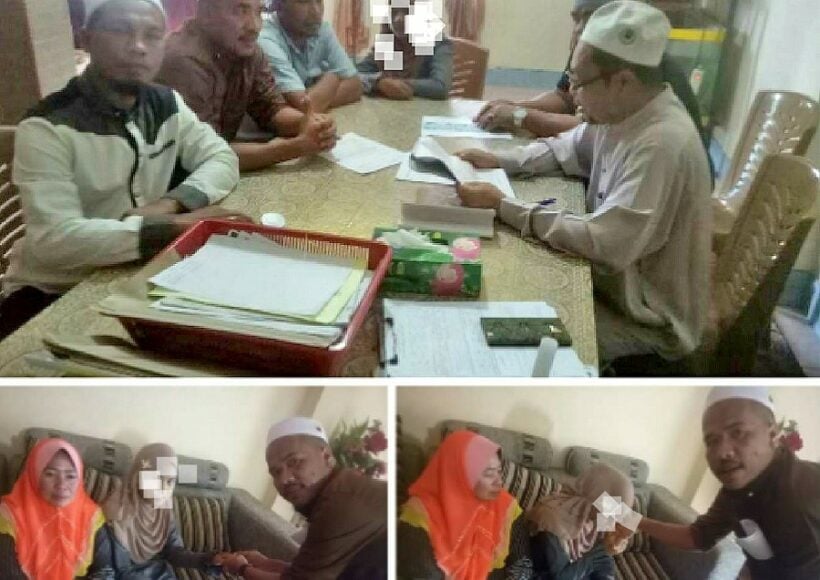 A former UN committee member on the Rights of the Child, Sanphasit Koompraphant, is urging the police of both Malaysia and Thailand to take legal action against the 41 year old Malaysian man immediately who has ‘married’ an 11 year old Thai girl in Narathiwat province. He says the marriage has clearly violated the laws.

He was responding to a report that the Malaysian man had gone across the border from Gua Musang in Malaysia’s Kelantan to the Sungai Kolok district of Narathiwat province in Thailand to have the marriage solemnised with the Thai girl.

The man, whose name has not been revealed, already has two wives and six children and is said to be the imam in a village there.

His children are said to be between five and 18 years old and one of them is even friends with the girl. The young bride has never been to school. It was reported that he had exploited loopholes in Thai laws, as it is illegal to wed an underaged child in Malaysia.

The Star reported that the parents had agreed to the marriage but had imposed a “condition” that their daughter would only be allowed to live with the “husband” when she turns 16.

The case became a hot topic in Malaysia when the man’s second wife posted photographs of him and the girl and their alleged solemnisation ceremony.

Sanphasit said the man would have committed a criminal offence if he had sexual relations with a child under 13-15 years old. “The act violates the law as he would be considered as raping the child under 13 years of age, no matter with or without the child’s consent,” he said.

The punishment is more than 10 years in jail.

According to Sanphasit, many wrongly believe that in the four deep South provinces of Thailand, Islamic laws on family and wills that allow such a marriage could be applied to this case. He said Islamic laws could apply only in a civil case, not a criminal case like this.

He called on the police of Thailand and Malaysia to arrest the man and have him extradited to Thailand to face legal action.

“Apart from committing a serious criminal offence, the man could be charged with child abuse under the Child’s Protection Act.”

Referring to reports that the girl’s parents had permitted the marriage or even were present at the ceremony, Sanphasit said that they, too, would be considered to have committed a crime for allegedly failing to properly raise their child and exposing the child to the risk of becoming pregnant before the proper age.

“If the parents received endowment from the man, they would have violated the anti-human trafficking act as they would have handed over the child to wed the man for monetary benefit.”

The Malaysian believes that he has not committed any offence under Islamic law as he had sought advice from religious authorities in southern Thailand.

Malaysia’s Deputy Prime Minister Dr Wan Azizah Wan Ismail said recently that the marriage was illegal because the marriage had not received the consent of the Malaysian Syariah court as the girl was under the minimum legal age for marriage.

According to the Malaysian Islamic Family Law Enactment, the minimum legal age for marriage is 18 for a male and 16 for a female.

National Human Rights Commission member Angkhana Neelapaijit said that this was not the first case, as Malaysians who wanted to wed an underaged girl usually came to Thailand.

Chiang Rai: “How to get them out” – Jonathan Miller reports