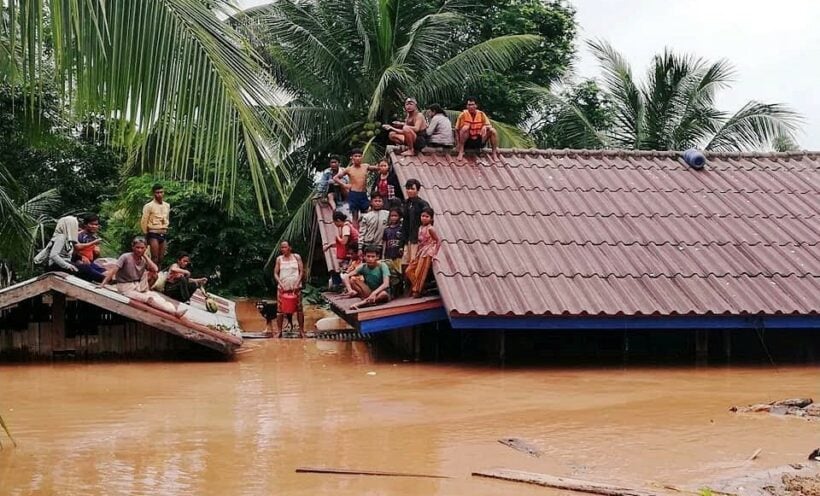 Thousands of people have been displaced from their homes in Laos’ southern Attapeu province following the collapse of part of a hydroelectric dam under construction.

The disaster came hours after an official of the construction firm warned of imminent danger.

One of five saddle dams supporting the Xepian-Xe Nam Noy Dam collapsed at 8pm on Monday, releasing 5 billion cubic metres of water. Houses in Attapeu’s southern Sanamxay district were swept away, claiming lives, and several hundred people were missing, according to the state-run Lao News Agency.

The collapse of the support dam caused flash flooding in six Sanamxay villages – Yai Thae, Hinlad, Mai, Thasengchan, Tha Hin and Samong. Hinlad and Mai were particularly hard hit. Pictures and videos shown on state-run and social media showed the chaotic evacuation of people from inundated areas. Many people were seen clinging to the roofs of their houses, surrounded by water.

There are claims on social media of many people dead and missing but no official reports at this stage.
Authorities in Attapeu are pleading for agencies to provide emergency aid for the victims, including clothing, food, drinking water and medicine. Attapeu Planning and Investment Department Director Soulichanh Phonkeo told the Vientiane Times newspaper that some victims were washed away in the torrent, but many managed to grab tree branches and wait for rescue.

“We need a large number of boats to rescue them from the danger area,” he said.

An official of Xe-Pian Xe-Namnoy Power Co (PNPC) had on Monday issued a warning of danger at the dam. In a letter, the company’s head of resettlement, Lee Kan Yeol, told colleagues in Champasak and Attapeu provinces that, “Saddle Dam D is not safe and is in very dangerous condition” due to heavy rainfall. He advised that the saddle dam’s failure would unleash five billion tonnes of water into the Xe Pian River basin. Lee said people living along the river downstream should be moved to higher ground to avoid an “unfortunate accident” if the heavy rain caused one.

Pianporn Deetes of the conservation group International Rivers said there were major risks with dams that are not designed to cope with extreme weather conditions such as very heavy rain. And unpredictable extreme weather events are becoming more frequent in the region due to climate change, she said.

“This disaster also shows the inadequacy of warning systems for the dam construction and operations. The warning appears to have to come very late and was ineffective in giving people advance notice to ensure their families’ safety,”” said Pianporn. 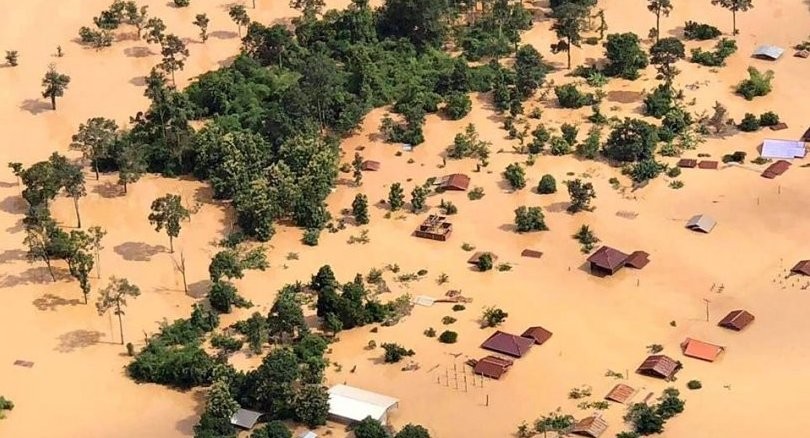