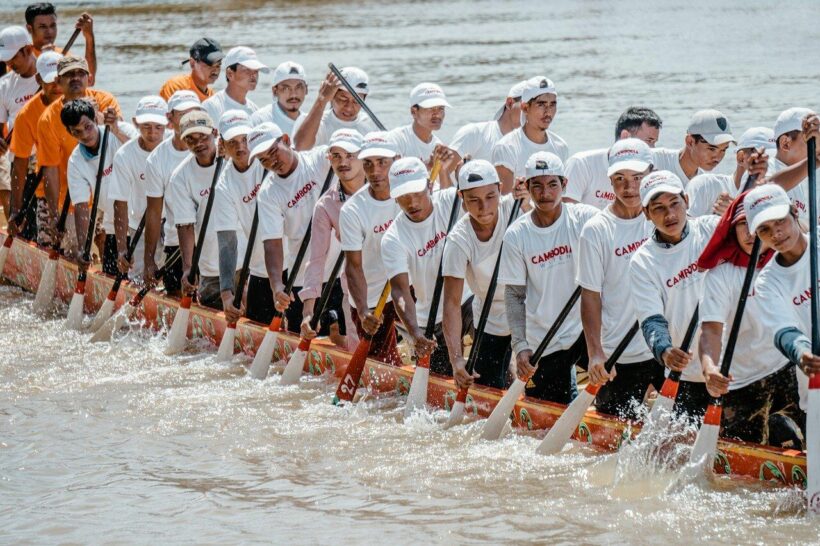 The governor of Cambodia’s capital Phnom Penh is warning the public to abide by Covid-19 prevention measures while travelling and gathering for the Royal Water Festival, known as “Bon Om Touk,” marking the the end of the monsoon season with celebrations and dragon boat races.

The popular three-day festival, begins today and people throughout the country gather for boat races. The second day of the festival, known as Ok Ambok, involves a lantern lighting ceremony to worship the moon. Governor Khuong Sreng says the public must follow the Ministry of Health’s standards during the celebrations.

As Cambodia is getting closer to reaching its goal of vaccinating 91% of the population, with more than 88% already vaccinated, the Royal Government is slowly easing restrictions on Covid-19 measurements, by allowing museums, cinemas and theatres to reopen starting from today.

Although the country did not hold festivities throughout this year, a spokesperson for the Phnom Penh Municipal Administration, stated that the head of the Royal Government is allowing people, government officials, to participate in the Royal Water Festival and boat races.

Earlier this week, the governor gathered the Unity Command to issue law enforcement forces, and ordered all 14 district authorities to maintain security for the people and strengthen the rules of the Ministry of Health on the occasion of the Royal Water Festival.

As of today, the kingdom of Cambodia reported 51 new cases of Covid-19 with 5 deaths, making it the least infected rate amongst the ASEAN nations, with a total recorded number of 119,687.