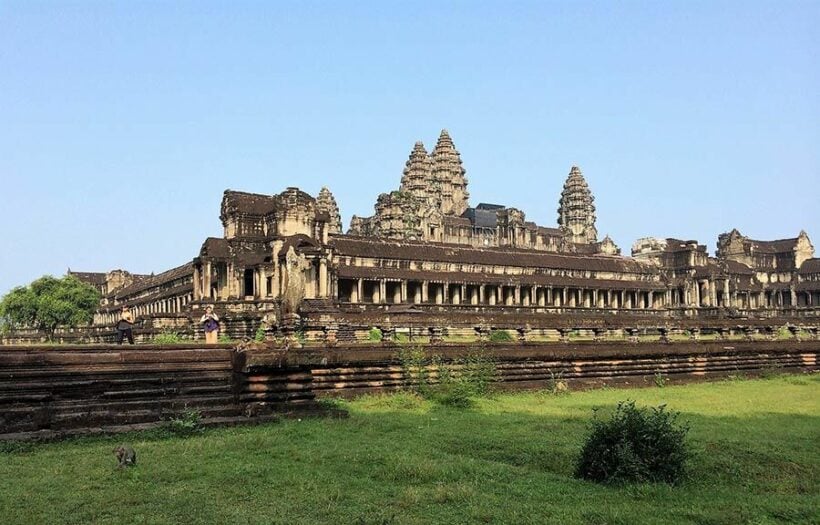 The Tourism Ministry in Cambodia has confirmed that the country will reopen partially to vaccinated travellers from the end of next month. The country’s prime minister also reportedly ordered that quarantine be waived for air arrivals from Thailand.

The first areas in Cambodia set to reopen to overseas travellers are the popular tourist destinations of Sihanoukville and Koh Rong, as well as the 360-kilometre Chinese-developed Dara Sakor resort area.

According to an AFP report, tourists wishing to visit Angkor Wat will have to wait, but not for long. Siem Reap, the northern city and gateway to the world heritage-listed temple complex, will join the list of quarantine-free reopening destinations from January.

Like Thailand, Cambodia’s tourism sector has been decimated by the pandemic. US$1 billion in tourism revenue was generated last year, compared to US$5 billion in 2019, thanks to the 6.6 million visitors who arrived in the country. 2 million of them visited the famous Angkor Wat complex, which has largely been lying silent and deserted since the arrival of Covid-19.

The tourism ministry has outlined some of the requirements to enter Cambodia once the country reopens. Travellers will need to be fully vaccinated, have Covid-19 insurance, and receive negative swab tests before departure from their home country and again on arrival. They will have to spend at least 5 days in the locations participating in the re-opening and undergo a further Covid-19 test before being free to travel around the country. It’s understood that Cambodia’s re-opening has taken some inspiration from the Phuket “Sandbox,” which has now attracted over 56,000 international visitors to the southern Thai island.

In 2020, Cambodia – like Thailand – got off relatively lightly as Covid-19 wreaked havoc around the world. But, as with Thailand, the worst was yet to come, and Cambodia has reported the majority of its 118,000 infections since April this year. However, unlike Thailand, the country has been praised for its efficient vaccine rollout, with 96% of the population now fully vaccinated.

The move follows hot on the heels of the Thai government’s decision to open the country’s international borders to 46 countries and territories from November 1, subject to a range of conditions. Cambodia is among the list of “low-risk” countries approved by the Public Health Ministry, with a 3-model approach, encompassing various requirements, having been laid out for the admittance of foreign arrivals.

VOD reported that in a voice recording shared on a government Telegram group, Hun Sen pointed to a “principle of reciprocity with Thailand”, stating Cambodians will be able to “go to Thailand without quarantining, (so) Thais entering our (country), they do not need to quarantine either”. He added that Cambodia “can begin to reopen flights for passengers from Thailand, including those coming through the country, as we already have a principle of one visa being usable in the two countries”.

Along with Thailand, Hun Sen said that Cambodia – which currently only has passenger flights arriving from China, Singapore and South Korea – should also reopen flights from Indonesia, Malaysia and the Philippines. VOD additionally reported that Tourism Ministry spokesperson Top Sopheak stated Thursday that the ministry is already establishing procedures to welcome back foreign tourists.

EdwardV
Great news, means an actual side trip will be available without too much inconvenience. Five days isn’t too much for a Angkor Wat visit.