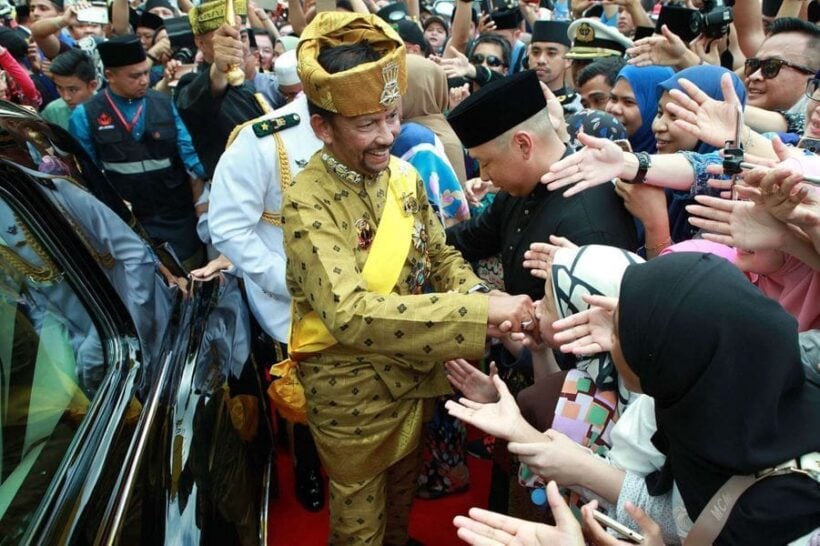 Brunei, an ASEAN country, has announced the introduction of draconian sharia criminal laws.

Included, death by stoning for gays and amputation for theft.

The new penalties come into effect on April 3. And, by the way, the new laws also apply to children.

It’s all covered under the new Brunei Sharia Penal Code.

Not surprisingly governments and rights groups around the world are slamming Brunei’s introduction of these crimes and punishments into its own local code of Sharia law.

Brinei’s unelected Sultan has added the new codes on top of other laws that forbid pregnancy out of wedlock or failing to pray on Fridays, amongst others.

“To legalise such cruel and inhuman penalties is appalling of itself,” said Rachel Chhoa-Howard, a Brunei researcher at Amnesty International.

She said things like consensual sex between adults of the same gender “should not even be deemed crimes at all.”

“Brunei must immediately halt its plans to implement these vicious punishments and revise its penal code in compliance with its human rights obligations,” Chhoa-Howard said.

“The international community must urgently condemn Brunei’s move to put these cruel penalties into practice.”

The oil-rich monarchy is slipping further behind its ASEAN counterparts with the Sultan eagerly embracing some of the more savage aspects of sharia law as he ages.

Sultan Hassanal Bolkiah rules as head of state with full executive authority. Public criticism of his policies is extremely rare. He has been on the throne since 1967.