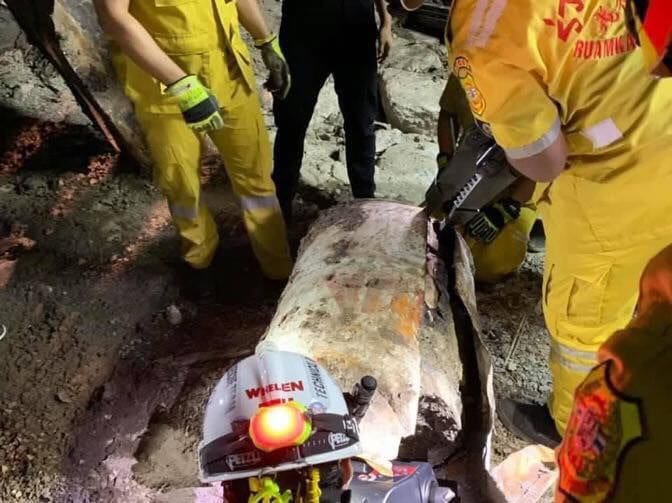 Police are hunting for a suspect who killed a man and buried him in cement in a drum in Bangkok.

They say they’re seeking a 47 year old caretaker of a construction business in Bangkok’s Bang Khen district following the Tuesday night discovery of the body of his 38 year old distant relative and colleague in an oil drum filled with mortar.

Bang Khen Police went to the scene near a restaurant in Bang Khen yesterday after they were notified that a smelly drum was found buried under the ground.

Police used a backhoe to dig four metres underground to extract the body for a post mortem.

Rescue workers found found the body of a decomposing man in a 200 litre drum. He is believed to be a missing man from Patthalung, 38 year old Atcha Noopathum. He had been missing since March 6.

Atcha had worked at the same shop as a garage mechanic, sustained two blunt blows to the head, which was wrapped in a black plastic bag.

The shop caretaker, identified only by his nickname Joop, got police attention when he asked for Bang Khen police’s help to look for Atcha after March 6. By the time of the body’s discovery, Joop had disappeared with police saying they suspected romantic jealousy might have been involved.

Police said a probe showed the victim had not left the shop on March 6. 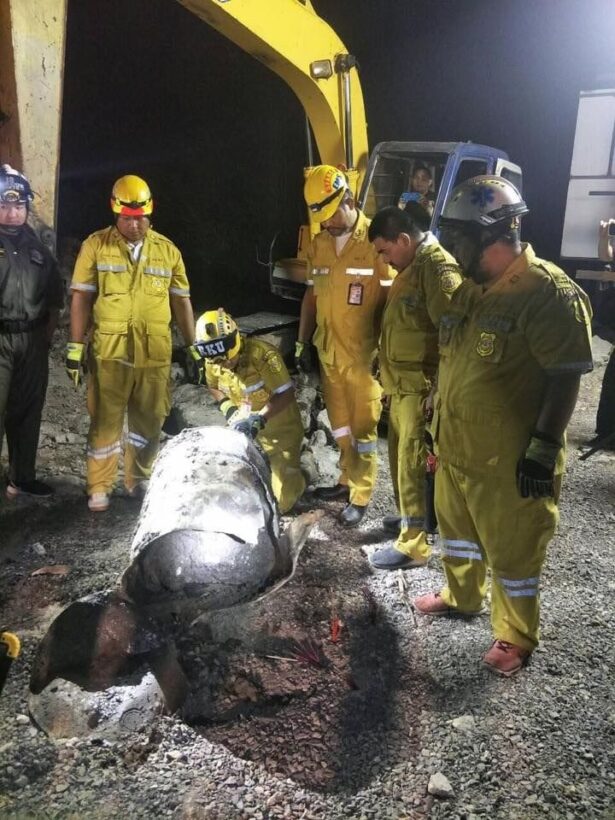 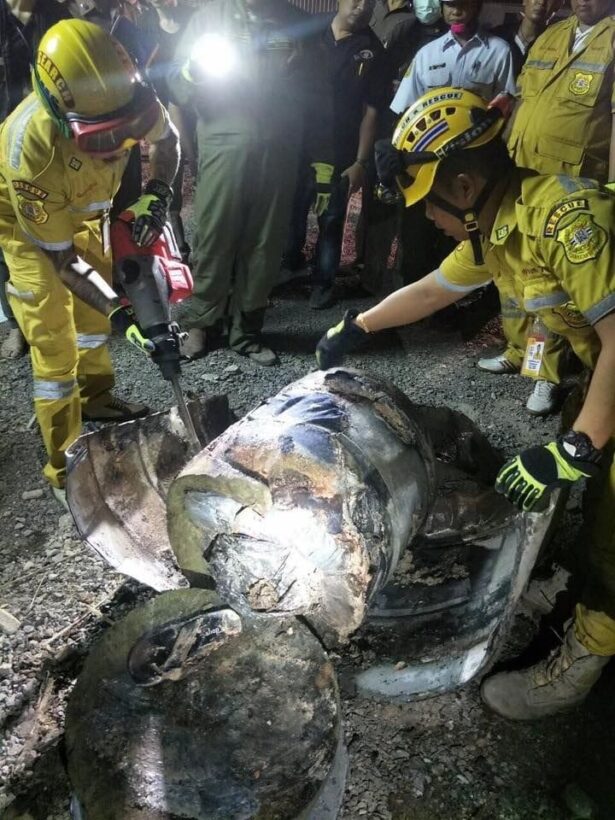