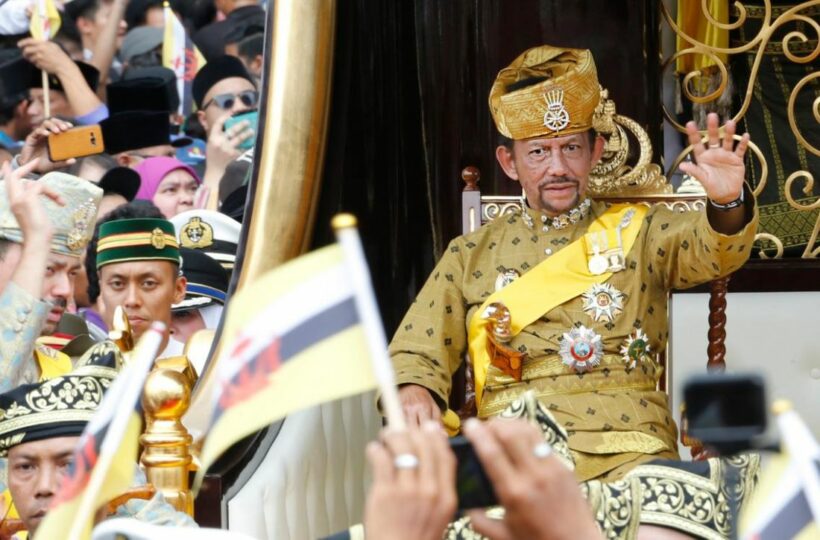 Brunei’s sultan now says that death by stoning for gay sex and adultery will not be enforced after a global backlash, but critics are still calling for harsh sharia laws to be completely abandoned in the tiny ASEAN country. The code, also punishing theft with amputation of hands and feet, came into force in April in the  sultanate on the north of Borneo island.

Critics of the country’s newly enacted Islamic laws said several other harsh punishments remain on the books and are calling for continued opposition until the laws are completely revised.

In a speech last night the Sultan Hassanal Bolkiah says a moratorium on capital punishment that already applies to Brunei’s harsh regular criminal code would also extend to its updated sharia code, which includes death by stoning for a number of crimes. The sultan made the first public comments about the matter and took the rare step of accepting and addressing criticism saying there had been “many questions and misperceptions” regarding the updated sharia laws.

The move to introduce harsh new Sharia laws sparked anger from governments and rights groups, the UN slammed it as a “clear violation” of human rights while celebrities led by actor George Clooney called for Brunei-owned hotels to be boycotted.

Some crimes in Muslim-majority Brunei including murder and drug-trafficking were already punishable with death by hanging under the regular criminal code – which is enforced alongside the sharia code – but no one has been executed for decades.

The Sultan said that “we have practised a de facto moratorium on the execution of death penalty for cases under the common law.

The maximum punishment for gay sex between men under the sharia code is death by stoning, but perpetrators can also be sentenced to lengthy jail terms or caning. Women convicted of having sexual relations with other women face up to 40 strokes of the cane or a maximum 10 year jail term.