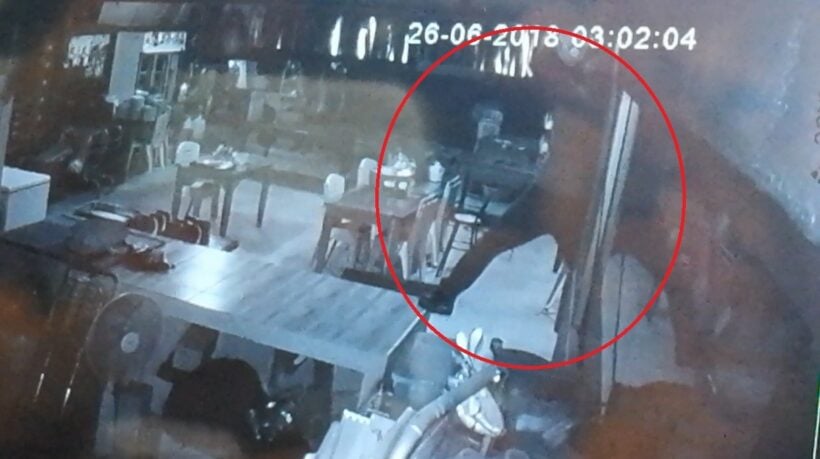 The Police and Forensic Police arrived at the restaurant to find 37 year old Sarawut Poomipak, the restaurant owner, wondering what had happened to his TV.

Police checked CCTV footage at the restaurant. At 02:52am a man, whose face was covered with a mask, aged between 35-40 year old, put a chair on a table and grabbed the 39 inch TCL television, costing about 10,000 Baht. He grabbed the remote control as well before speeding way.

Mr Sarawut told police that “I only discovered that the television was gone at 5am. I have run this restaurant for almost three years. The restaurant doesn’t have a fence around it but we’ve never had problems with theft in the past.”

Police are continuing their investigation to find the suspect.