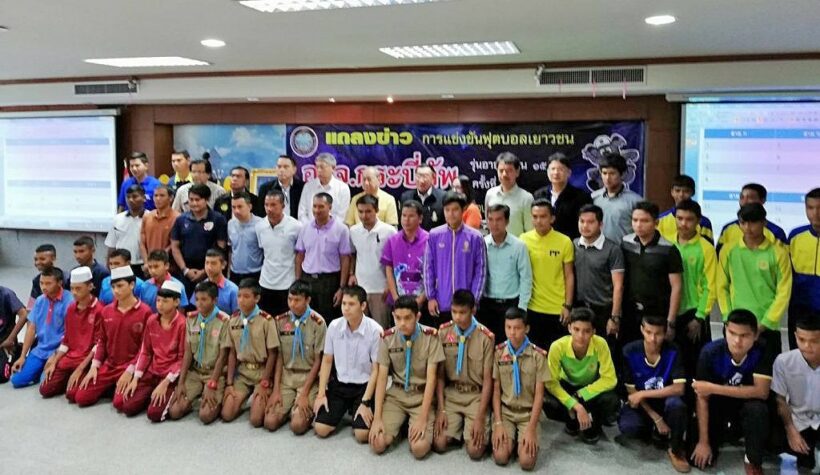 A sport scientist from the Krabi FC football association has been fired from the job after he was found with kratom at an airport on Tuesday (June 26).

Teerayut admitted that he brought the kratom drink for himself, not for his footballers. He was taken to Don Mueang Police Station where he was charged with illegal possession of a Category 5 drug.

The President of Krabi FC, Somkiet Kittitorakun, says, “the football team was heading to Tak province in the western part of Thailand for the FA cup match with Mae Sot United football team yesterday (June 27).”

“Teerayut has been working for the team for about one year. He was a good employee but we didn’t realise that he may have had problems in relation to kratom.”

“We have to pay more attention in checking our footballers and staffers. If anyone is found involved with drugs, they will be fired immediately.”