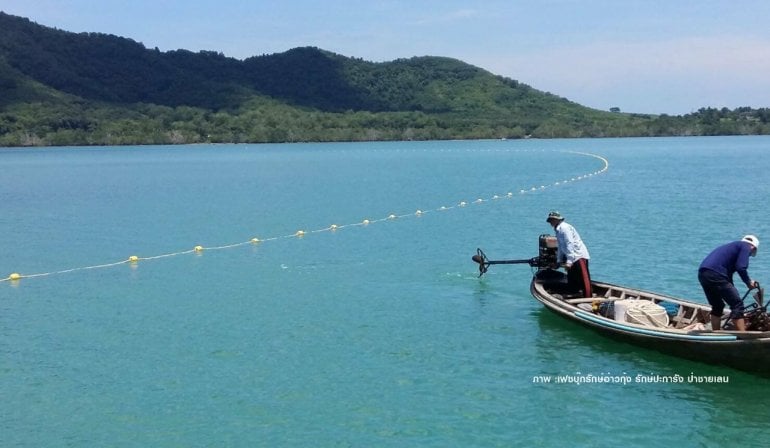 Locals from the Ao Kung community, in the far north of the Phuket, along with environmentalists, are expressing serious concern about the building of a new marina.

The 120 million baht marina project will have the capacity to accommodate up to 72 yachts.

Locals say the proposed marina is very close to the Ao Kung bay and will threaten coral reefs in the area as well as the livelihood of fisherman and others making a living from the waters around the area.

The coral reefs in Ao Kung have been photographed by a local fisherman, Ood Sompit, who then posted the images on Facebook resulting in a broader investigation into plans for the marina.

Read more about alleged encroachment on the land set aside for the proposed marina HERE.

Thai PBS reports that Pichit Pankham, a member of Ao Kung mangrove forest conservation group, pointed out that the sea in Ao Gung is shallow and a source of food for marine lives and is home to coral reefs whereas the shoreline is covered by about 3,000 rai of mangrove forest.

He says the eastern coast, which faces towards the mainland and Phang Nga Bay is relatively quiet and rich with marine resources and shoreline mangrove forests.

He said it would be a bad mistake if coral reefs and mangroves were sacrificed to make way for the construction of a marina. He suggests the project owner to change the marina project into a luxury housing project so that people living there could enjoy the aesthetic beauty of the bay.

They say they only learned about the proposal in October last year when they demanded a hearing to express their concerns. They claim the information from the project owner is flawed as it say that there is no coral reefs within 1-km radius of Ao Kung bay. They also note that the mangrove forests are being threatened by encroachers suspected of trying to destroy the forest to justify the construction of the marina project.

“I was just aiding the Thai Government”. Cambodian arrested over alleged cybercrime.