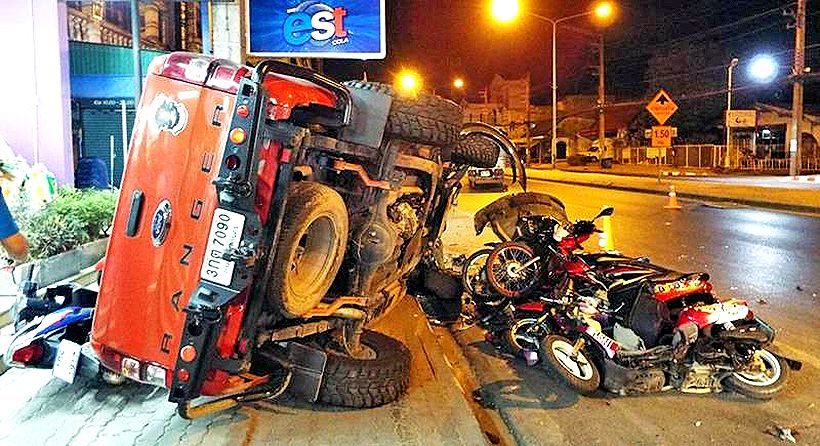 According to statistics issued by the Department of Disaster Prevention and Mitigation (DDPM) Phuket Office, the island registered 18 accidents, 16 injuries and two deaths on Day Six (January 1) of the annual road safety campaign.

Total of the six days of the campaign in Phuket is now six dead, already three times last year’s total number of deaths over the seven day campaign.

The annual ‘Seven Days of Danger’ road safety period runs from December 27 to January 2 which will end at midnight tonight. For the whole period of last year’s 7 day campaign, there was a total of 46 accidents with 46 injuries and 2 casualties.

Thailand currently ranks ninth in the world in terms of the most road deaths.

Latvian tourist dies after falling from hotel in Karon

Leopard cat rescued after being hit by car in Thalang