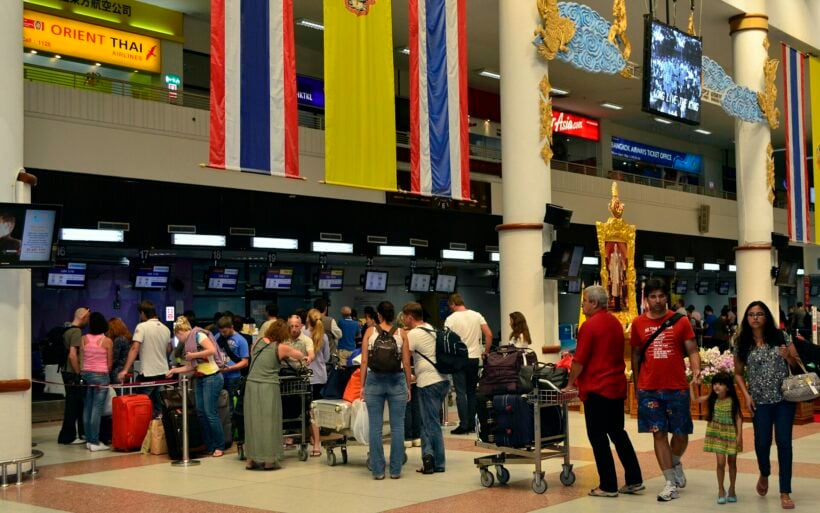 PHOTO: Travelers from around the world returning to Thailand

Travellers of 28 nationalities have indicated that they would like to come to Phuket after mandatory quarantine is done away with for those that have received their Covid-19 vaccination. This according to the Phuket Tourist Association. The popular destination for foreigners will be the first location in Thailand to remove quarantine restrictions in the government’s long-term plan to reopen the whole of the country.

Tourists from China, Russia, United Kingdom, Germany, Singapore and 23 other countries hope to visit, but the ability to come still depends not just on Thailand welcoming them in, but also on the approval to travel from their home countries.

Phuket is expecting as many as 150,000 international travellers between July and September, predicted to generate 30 billion baht of spending into the local economy. The hope is these visitors will jumpstart tourism leading into Phuket’s traditional high season from October.

Details are still being confirmed, with submission and approval to the CCSA are needed before moving forward. The necessary documentation and procedures are still being worked out while keeping in consideration the safety of the local Thai people. Another looming factor is the required threshold of 70% local vaccination rate of the 460,000 residents of the Phuket area, a feat that requires at least 920,000 jabs injected by the July 1st quarantine waiver.

The Phuket Tourist Association is hopeful, they concede that they don’t expect general tourism to return quickly with restrictions, while lessening, still in place. The people coming first into Thailand will likely be overwhelmingly made up of people with families in Thailand and business travellers. Tourists are put off by any quarantine period.

While yesterday saw the return of international flights to Phuket with Thai Airways flight from Germany touching down and dropping off 16 travellers in Phuket before continuing to Bangkok with 114 more travellers, there’s still a long way to go before full tourism returns.