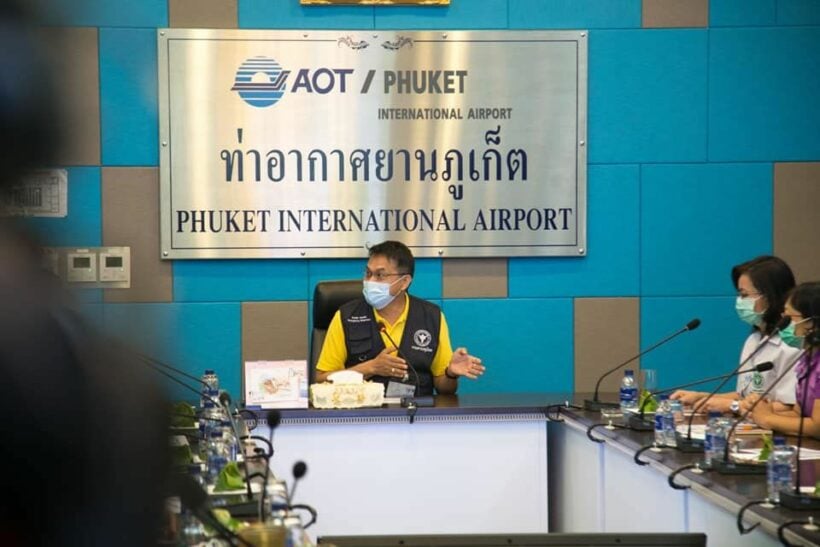 The country’s first tourists to arrive since April’s border closures are not arriving tomorrow as originally expected. Phuket ‘s governor now says they’ll be arriving after the island’s annual Vegetarian Festival which runs from October 17 to 25. He hasn’t clarified when he requested the delay for foreign tourists to start coming back to Phuket, and he hasn’t confirm exactly when the first tourists are expected, except that it will be after October 25.

The first group of foreigners to arrive on the new Special Tourist Visa were set to fly in from China on a chartered AirAsia flight and arrive at the Phuket International Airport tomorrow. In a video posted on the local government’s Facebook page, Phuket Governor Narong Woonciew said the decision to delay the flight was due to locals’ fears that the tourists could cause a second wave of Covid-19 infections.

“I have already requested that foreigners arrive after the Vegetarian Festival ends… The decision was made to make people feel more comfortable (with tourists arriving.)”

Many have also been critical of the governor’s decision to allow the the Vegetarian Festival to take place this month. The festival, more known for the acts of self-mutilation than its vegetarian food, will need to follow “new normal” protocols. The “mah songs,” who channel spirits during the event and often practice self-mutilation, will travel in vehicles during the street possessions and crowd control will be enforced. Some of the main ceremonies, as well as acts like fire walking, are banned.

“Many Thais from other provinces will come to the festival, and there were concerns that foreigners coming to watch the festival may bring the virus to Phuket … I thank the Phuket shrines for their efforts to comply with the health protection measures needed. The decision whether or not to hold the festival was reconsidered again and again. It took a long time to think about (whether or not to hold) the Vegetarian Festival this year, but it will go ahead because it is a part of Phuket’s traditions.”