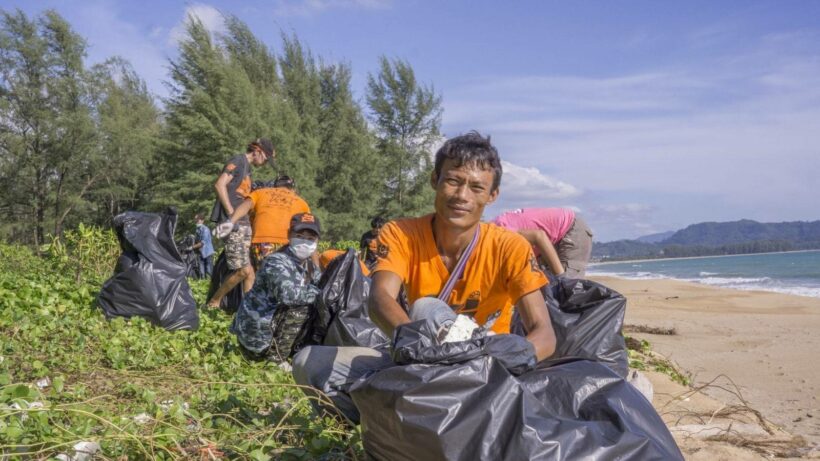 On Friday, June 29, Soi Dog Foundation gathered its staff, volunteers and visitors at Mai Khao Beach to collect trash along one of Phuket’s most beautiful beaches. As members of the Mai Khao community, Soi Dog wants to keep it pure and safe for tourists and residents to enjoy. The crew succeeded in collecting over 2.5 tonnes of rubbish.

Understanding that the well-being of humans and animals comes from the well-being of mother nature, Soi Dog Foundation, as an animal welfare non-profit organisation, put June 29, from 3 pm onwards, for the staff, volunteers and visitors to collect trash along the white sandy beach of Mai Khao.

The 2,576 kg of rubbish were taken from the beach and were transported to the Phuket Municipality incinerator in Phuket Town.