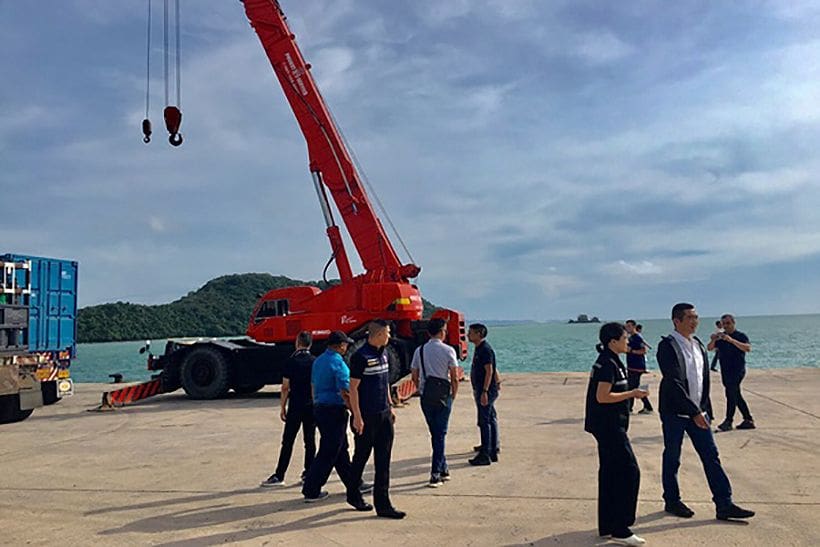 Phuket’s Governor Pakkapong Tawipat says that the barge which has been making its way from Singapore with a 1,200 tons crane this week, has arrived at ready to help with the recovery of ‘Phoenix’. The Governor is expecting that, if the weather holds, the boat will be brought to the surface before Thursday.

Equipment in four containers was also being unloaded at the Phuket Deep Sea Port in Cape Panwa today.

The barge came up from Singapore via the Straits of Malacca. The four containers arrived by road.

Acting Immigration chief, and supervisor of the current salvage operations, Maj Gen Surachete Hakparn, arrives in Phuket to host a delegation of media, including Chinese media, to visit the salvage site.

The Phoenix, the boat that sank on July 5 off Phuket’s south west coast, causing the drowning of 47 Chinese tourists, was still 45 metres underwater as the new salvage team have little more success than the original salvage team who threw in the towel a week ago. They have been preparing the sunken vessel for salvage operations which are expected to go into full swing tomorrow when the crane is fully prepared for the recovery operations.

Spitz Tech, the original contractors, complained about the same strong currents in the two months they attempted the salvage. Since then Sunquest Marine of Singapore, under the direction of the acting immigration department chief Maj Gen Surachate Hakparn, has been wrestling with the elements. 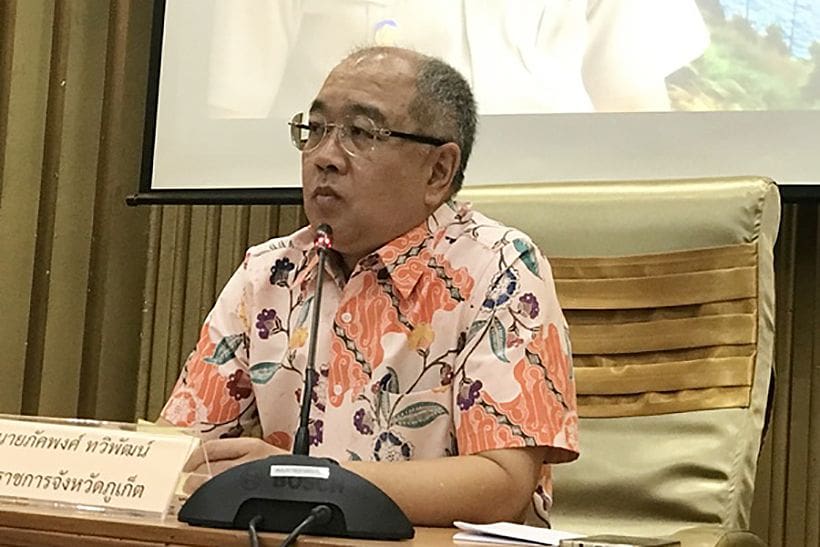 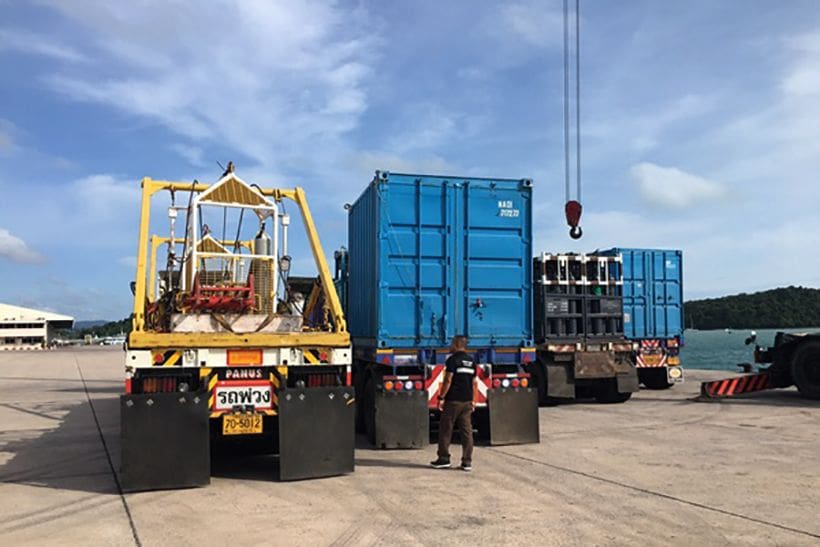 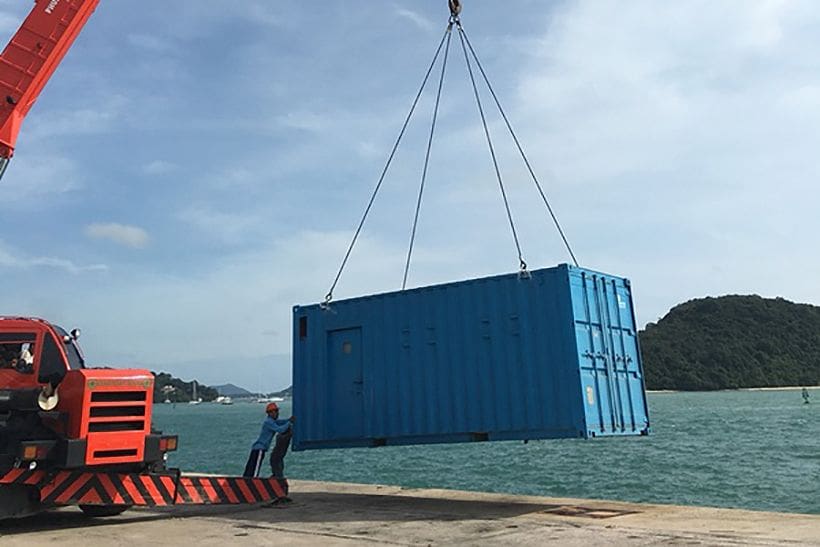