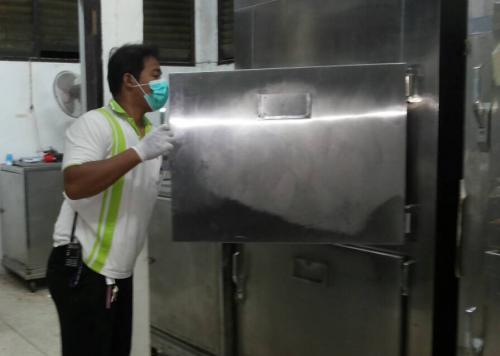 PHUKET: A Russian tourist died after suffering a heart attack in the middle of receiving a massage in Bang Tao (view here), on Phuket’s west coast, yesterday.

Sergey Taruraev, 37, was pronounced dead by medical staff at about 5:30pm, soon after his arrival at Thalang Hospital.

An ambulance was dispatched by the hospital after being notified at 4:30pm, by staff at a massage salon at the southern end of Bang Tao Beach, that a man had gone into shock while receiving a massage.

“The rescue team tried to revive him and rushed him to hospital. The medical team tried their best, but could not save him,” explained Lt Chatree Chuwichian of Thalang Police.

Ms Taruraev told police that she came to Phuket with her husband and their son, and were staying at the nearby Chava Resort at Surin Beach (map here).

“At about 3:30pm, I took our son shopping at Cherng Talay while my husband went for a massage,” Ms Taruraev told police.

The widow told told officers that Sergey had twice before undergone heart surgery.

Regardless, Lt Chatree told the Phuket Gazette, “At this stage, we will wait for doctors at the hospital to confirm the cause of death.”