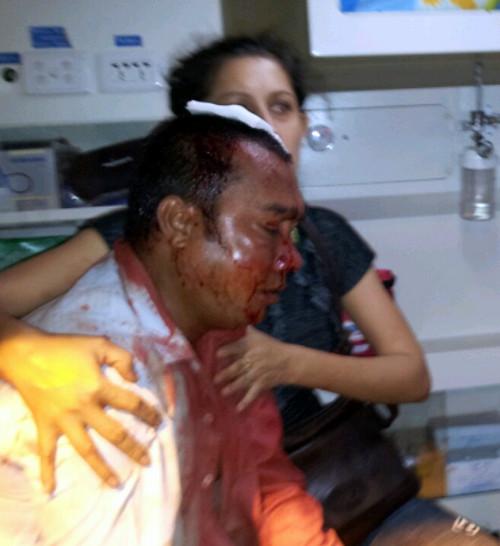 PHUKET: A Nepalese tailor who calls himself “Rocky” was beaten bloody by alleged “business acquaintances” on the Patong beach road just after midnight last night, Phuket Police have reported.

Responding to a call at 12:30am, police arrived at the southern end of Thaweewong Road (map here) to find a well-dressed man bleeding profusely from several head wounds.

“The man, who told police his name was ‘Rocky’, was covered in blood, with wounds on his nose and head, and he had a black eye,” said Lt Col Pratuang Polmana of the Patong Police.

“He made an appointment with some associates in Chalong to talk about business, but about 10 minutes after they arrived, a fight broke out and they started to attack him with brass knuckles and pieces of wood, then ran away,” Col Pratuang explained.

“Rescue workers gave him first aid and took him to Patong Hospital,” he said.

The incident has been recorded in the police log book and police plan to call Mr Rocky in for further questioning, Col Pratuang said.

“However, following standard procedure, we will not investigate the case until Mr Rocky files a complaint,” he added.