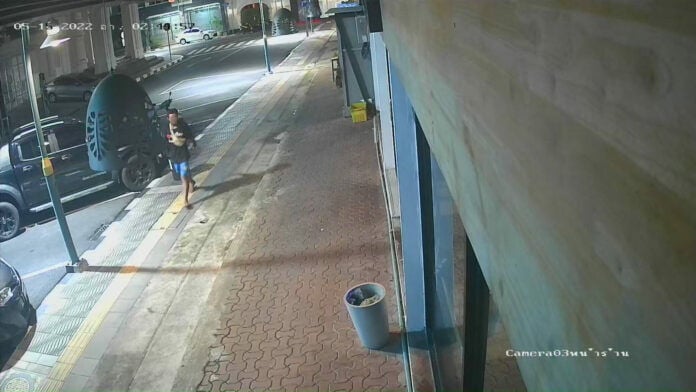 A Phuket thief allegedly stole more than 30 times in 2 months, and said he needed the money to play online video games and for his living, according to Phuket City Police Chief Colonel Sarawut Chooprasit. Sarawut told The Phuket Express that police had arrested the thief on Wednesday after he broke into a ‘restaurant’ and stole cash.

Sarawut said that later, the police learned of the thief’s dirty history. He added that the thief, 28 year old Naruebet ‘Choo’ Ketkaew, used to work as a gas delivery man, so he is familiar with the area of the restaurant.

“We later found that the suspect has stolen more than 30 times in two months around the island. He said he needs money for playing online video games and for his living.”

Sarawut said the police tracked Choo down through his motorbike registration, and CCTV footage. In his most recent crime, Choo allegedly stole cash from a ‘restaurant’ called 200 Years, located in the Talad Nuea sub-district of Phuket’s main city district. The police then caught him while he was in Talad Yai sub-district.

Choo’s claim to need money for gaming isn’t the first highly dignified excuse Phuket thieves have made for their crimes. In March, one Phuket tourist claimed he stole snacks from a store on 2 separate occasions because he needed some “reprieve” from constant stress in his life, according to The Phuket News.