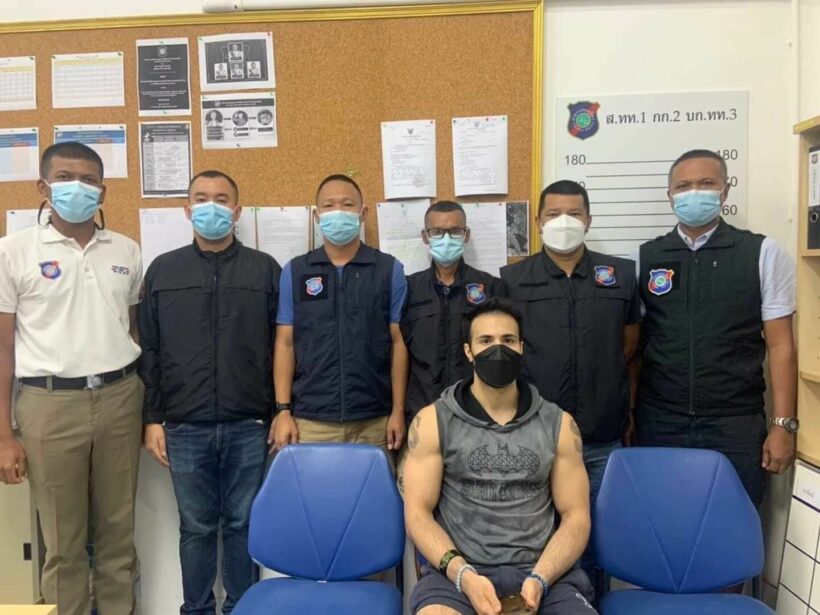 Last night, Phuket police arrested a foreigner who stole snacks from a store on two separate occasions. Phuket City Police and Phuket Tourist police cooperated to find the foreigner, an Australian, on a beach between Au Nang and Krabi. He is identified as Joshua Aaron Jerome Madeira. He is 31 years old.

Madeira has now confessed to both incidents of theft, saying he needed some “reprieve” from constant stress in his life, according to The Phuket News.

The first time Madeira stole from Kin Fit Fin, he came to the store with a Thai woman. The woman paid for her items, while he snatched his snacks. The second time, Madeira came with a Thai woman again, and also another foreign man.

Thai media described Madeira as a “handsome foreign man”, publishing a photo, possibly from social media, of Madeira with his shirt unbuttoned, showing his six-pack. Kin Fit Kin is located in the Phuket Old Town area.