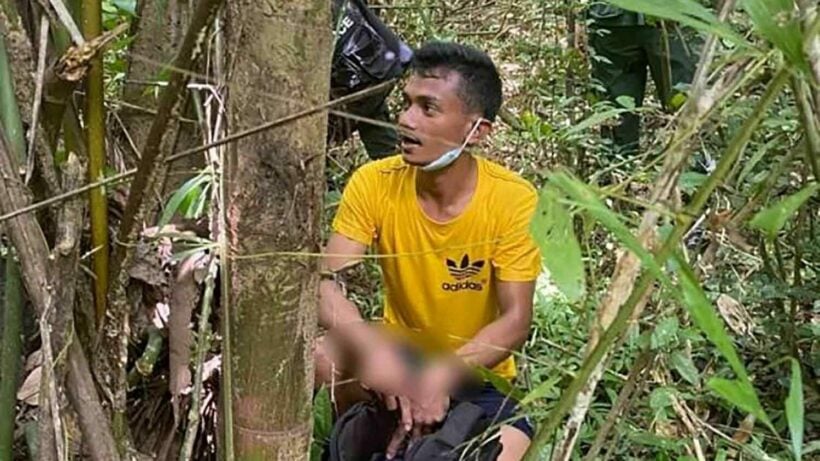 The family of Teerawat Thothip, the man who allegedly killed 57 year old Swiss national Nicole Sauvain-Weisskopf, does not plan to request bail for him. Region 8 Police Commander Kitrat Panpetch confirmed the family does not plan to file for bail.

Nicole’s half-naked body was found earlier this month in a creek near Ao Yon Waterfall. Her shorts and shoes were found nearby. An autopsy report confirming the cause of death has not been released yet. Police say 27 year old Teerawat confessed to throttling Nicole to the point of unconsciousness but denies attempting to rape and kill her. He currently faces charges for murder and attempted rape.

Kitrat says Teerawat is being held at the Phuket Provincial Prison while police wait for the autopsy report from Bangkok forensic police. Kitrat says they don’t want to rush the forensic police because officials understand their work takes time and they need to be thorough. The pending autopsy results will determine if police will file additional charges against Teerawat.

Kitrat went on to say that police already have the suspect’s confession and evidence against him, which is enough for prosecution. He then reassured the public that there is no problem with this issue and that there is nothing to worry about.

PM Prayut Chan-o-cha recently called on government agencies to tighten safety to support tourists in Phuket as the island reopens to travellers from overseas under the “Sandbox” scheme.

The commander adds that pertaining to tourists’ safety, the national police commissioner-general has ordered Region 8 police to make safety measures for the locals as well the tourists in the provinces that are under the Region 8 police’s jurisdiction. Phuket Police recently announced they would be checking for outstanding arrest warrants at the Phuket Checkpoint.

“I have ordered police in the provinces to patrol and share information with the provincial government in order to create safety measures for tourists. I have also ordered them to investigate risk locations in their provinces and create measures to make the places safer.”

“The suspect’s wife and relatives have accepted that the suspect killed the tourist and will not file a request for bail.”

Benroon
The clock is ticking until the first time ‘Burmese’ is mentioned in this thread!

King Cotton
13 minutes ago, Benroon said: The clock is ticking until the first time ‘Burmese’ is mentioned in this thread!  Hi, @Benroon!     I thought for a minute that the 'click is ticking' was going to blossom into a lovely spoonerism…