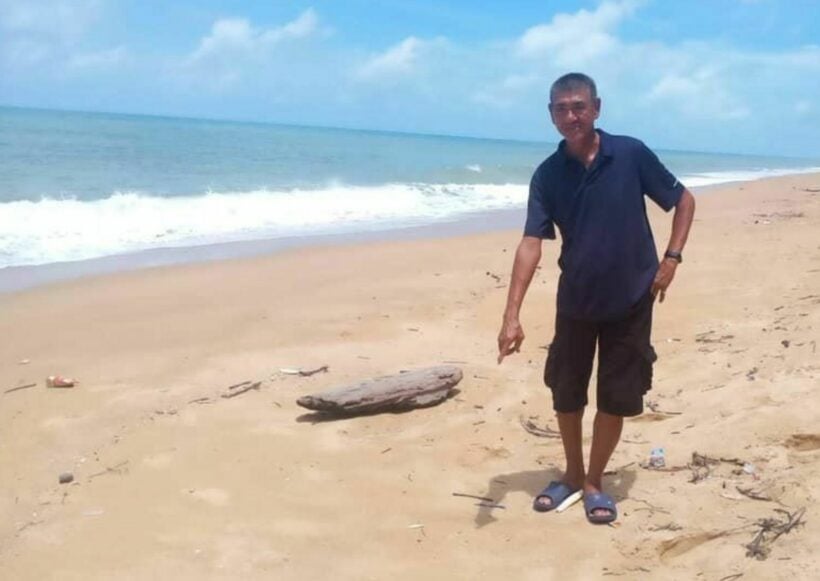 A local villager in Phuket was on a jog Thursday morning when he stumbled on a substance that he believes may be worth up to 30 million baht. the man didn’t find gold, or diamonds, or even birds’ nest. The treasure that the 66 year old Mai Khao resident discovered? Whale poop.

Ambergris is a waxy, solid substance that sperm whales create in their intestines, which is then passed out of the whale with its faeces, hence often being referred to as “whale poop”. The material is surprisingly valuable, revered in Asian cultures for use in medicine and traditional treatments as well as being used as a spice. In Western culture, the substance is also prized for its usefulness in stabilizing perfume scents.

Because of its desirability and scarcity, with the sperm whale being a protected species making collecting or selling its byproducts illegal in many places, ambergris is one of the most valuable animal-derived substances on the planet, with 1 kilogramme fetching up to US $50,000. The lump that the local Phuket villager found on the beach weighs about 19.5 kilograms.

If the oily waxy lump the man found is verified as high-quality ambergris, it could be worth around 32.6 million baht.

This incredibly valuable find was discovered in a beach jog in front of the Maikhao Dream Villa Resort & Spa. When the curious man took a closer look and poked at the giant lump, he said an oily and honey-like material stuck to his finger. It reminded him of the golden yellow whale poop head seen on a TV news show.

He brought the lump back to his home to inspect further, and now the Phuket Marine Biological Center has been notified of the discovery. They have collected the lump of possible “whale poop” and expert marine biologists are inspecting it now in an attempt to verify that is in fact ambergris.

Alavan
On 9/25/2021 at 1:40 PM, BIGGLES said: Poor man. If it is what he thinks, he'll not get any benefit from it, now he's handed it over to a government official department. I wouldn't be surprised if the part of…

Fluke
9 hours ago, Alavan said: There are no private beaches in Thailand, all beaches belong to the Crown. In the same way that the British Queen owns all of Australia , the land belongs to her
Alavan
You can obstruct access to the beach over your land (like some hotels do, cfr Meridien in Phuket), but you can't own the beach. If somebody arrives by sea (swimming or with a boat), they can sit on that beach.
DiJoDavO
On 9/25/2021 at 1:29 PM, Bob20 said: I hear it's as effective as Ivermectin against Covid too 😉 🤣🤣🤣 Imagine injecting one with whale poop, and it actually works.
Bob20
Just now, DiJoDavO said: Imagine injecting one with whale poop, and it actually works.  Shhhhhht🤫  It's comments like that that made them try subcutaneous 20% boosters too 🤔