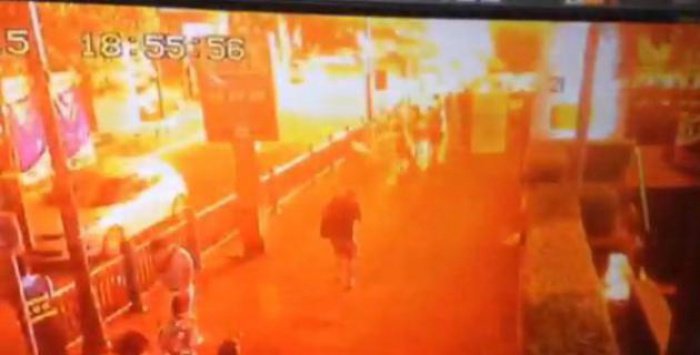 PHUKET: Governor Nisit Jansomwong this morning urged Phuket residents and tourists not to panic about the devastating bombing of a tourist destination in Bangkok that killed at least 20 people and injured more than 100 last night.

“We have boosted security throughout the island. There is no need to be afraid,” Governor Nisit told the Phuket Gazette. “We are increasing surveillance at checkpoints on the island and may set up additional checkpoints as needed.”

The governor noted that the checkpoints might cause tailbacks and delay traffic, but emphasized that his number one priority was public safety. Security measures have also been increased at Phuket International Airport, explained Gov Nisit.

The blast appeared to target the city’s Erawan Shrine, which is popular with Chinese tourists, said The Nation.

The improvised three kilogram TNT explosive device was under a chair close to the fence of the shrine, explained National Police Chief Somyot Poompanmuang. However, witnesses believe there were two blasts, with the first bomb detonated on a motorcycle parked on the street, while the second was near the Shrine.

The bomb near the shrine, with a blasting radius of about 100 meters, went off at about 7pm, when the shrine is usually packed with foreign tourists and worshipers.

“The people who did it targeted foreigners to damage tourism and the economy,” police spokesman Prawut Thavornsiri said this morning.

Most of the injured were Chinese tourists who were paying their respects to the shrine.

Gen Somyot said he was not ruling out any possible cause for the attack.

“Despite it being an attack on a tourist destination, I am confident that our vigilance in Phuket will ensure the safety of all of us on the island,” Gov Nisit said.

“I would like everyone to respect victims’ families and friends at this tragic moment and refrain from posting and sharing graphic images of their loved ones.”