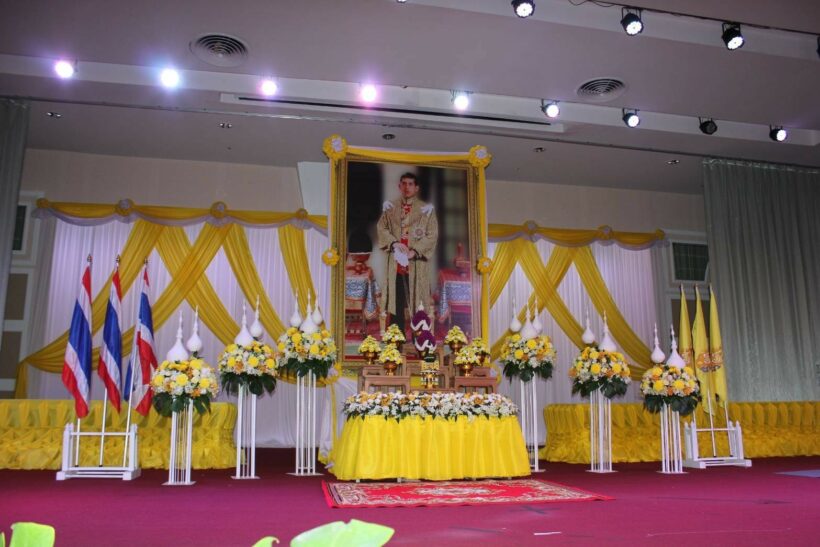 A host of special ceremonies are being held across Phuket today to honor and celebrate HM King Maha Vajiralongkorn Bodindradebayavarangkun’s 66th Birthday.

The first ceremony, which got underway at 6.30am, was presided over by Phuket Governor Norraphat Plodthong offering alms to 67 monks as part of a blessing ceremony to honor HM The King at Queen Sirikit Park in Phuket Town.

Also this morning, university officials and members of the public came together to pledge allegiance to HM The King during a ceremony at Phuket Rajabhat University’s meeting hall. 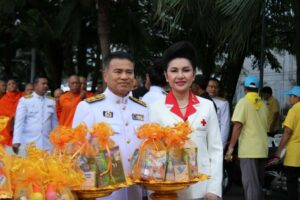 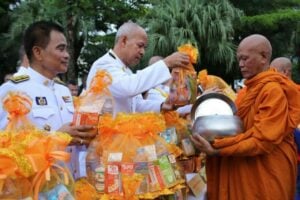 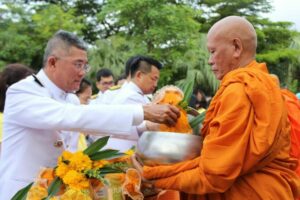 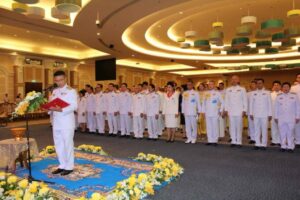