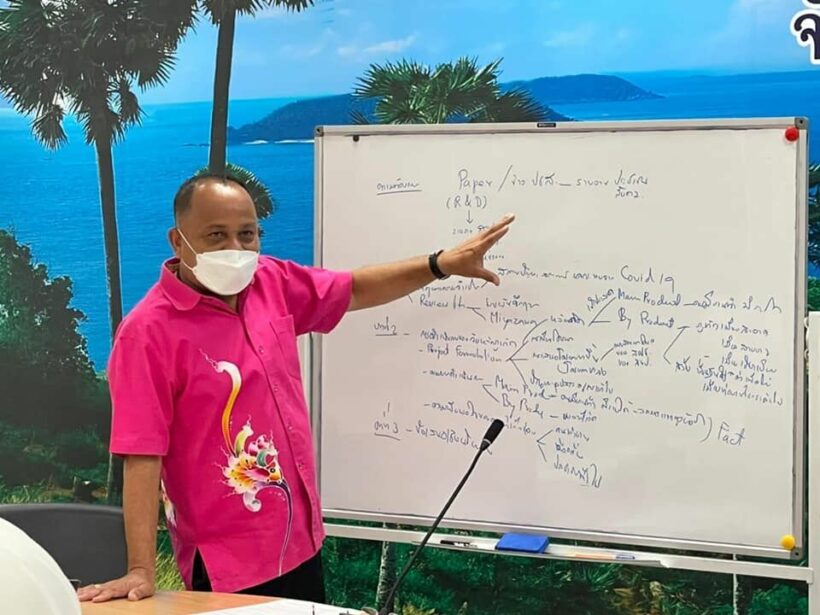 The vacancies, he said, would pay the minimum wage of 336 baht per day, for 20 days per month, and would last for four months. The total salaries would be 6,720 baht per month.

“At least they will be able to feed themselves”.

Narong said the jobs will focus on cleaning Phuket, and landscape. This, he said, will keep Phuket recognised by international media as a destination of choice.

Some businesses and venues in Phuket have just started to reopen. Last week, Club Med Phuket opened after two years of closing due to the Covid-19 pandemic. The Tourism Authority of Thailand Phuket announced earlier this month that Phuket is now ready for boat tourists.

But on top of being caught in a pandemic for two years, Phuket also now faces the global spike in fuel prices, and Thailand’s coming spike in power tariffs in May.

Narong stressed that all sectors must “move forward and help each other”.

Cabra
4 minutes ago, Shark said: I can be wrong but wasn't the minimum wage higher then this? 336 is the current min. 495 is the proposed new min under consideration for later this year

AlexPTY
looks like all bars will be opening soon

Soidog
I love people in positions of authority to have such inspirational vision. “At least they can feed themselves”. That’s the way to do it Gov. Whatever happened to Thailand 4.0? This sounds more like Thailand 0.4!
BIGGLES
At the risk of stating the obvious AGAIN, open the place up, restriction free, Thailand Pass free, SHA+ free, insurance free and welcome tourists. Then people will be making a living again, and surprise surprise they'll be able to not…
HolyCowCm
Why? Unless this facade of a human being is thinking that 10,000 conscripts deserve a special military raise to keep all the rich like him well slaved up.

Deadline this Friday to apply for 60-day “Covid” visa extension