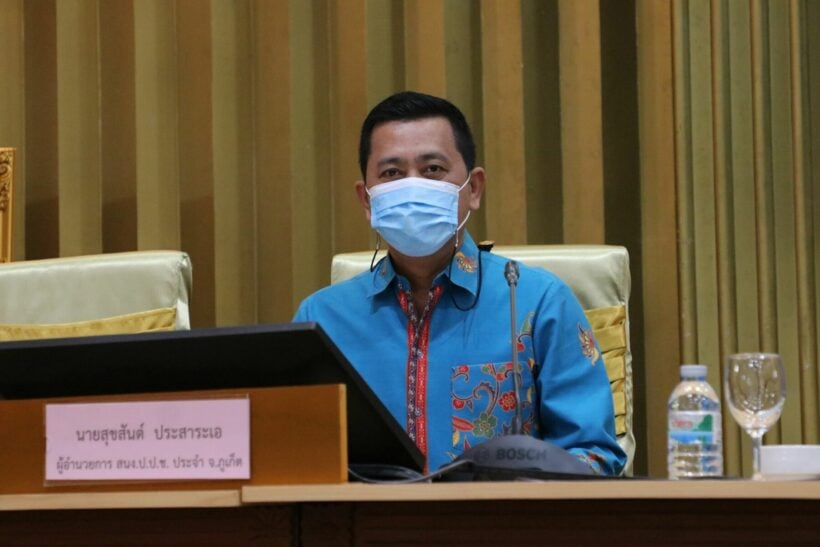 The director of the Phuket office of the National Anti-Corruption Commission reported yesterday that corruption in procurement from some local government organisations was caused by a lack of knowledge in supplies and procedures. He said this was based on 2020 survey results about corruption. The director said the most common complaints to the NACC were about corruption involving land.

He said the second most common type of complaint is about procurement fraud, followed by complaints of abuse of power by officials. The director did not provide details about the complaints. He said, however, that corruption was especially an issue with personnel who aren’t familiar with procurement procedures. The director says the NACC has now provided training to officials about procurement, and there is now less corruption.

“After the training in this matter, it was found that the officers were more knowledgeable and thus reduced the corruption”.

This news comes in the wake of a major corruption allegation against an officer at Thalang Police Station. A woman in Phuket told the press on Wednesday that the officer threatened to charge her with prostitution if she didn’t pay 50,000 baht in monthly payments of 5,000 baht. The payment is allegedly for her car, which police threatened to seize as evidence of her committing prostitution.

Graham
Ok, so where do you sign up for being educated on the rules and procedures for corruption. 555 Best laugh I have had today, only in Thailand could an official state this.

Guest1
Ok, this sounds like the usual BS, but is it the date?
HolyCowCm
It's not corruption in procurement, it is backdoor commission to boost the salary. The corruption comes when the amount is too large. Now as for the gal who got arrested for selling her thing for hanky panky, well shouldn't be…
Zig
and the denial continues

AdvocatusDiaboli
2 hours ago, Thaiger said: The director of the Phuket office of the National Anti-Corruption Commission reported yesterday that corruption in procurement from some local government organisations was caused by a lack of knowledge in supplies and procedures. He said…