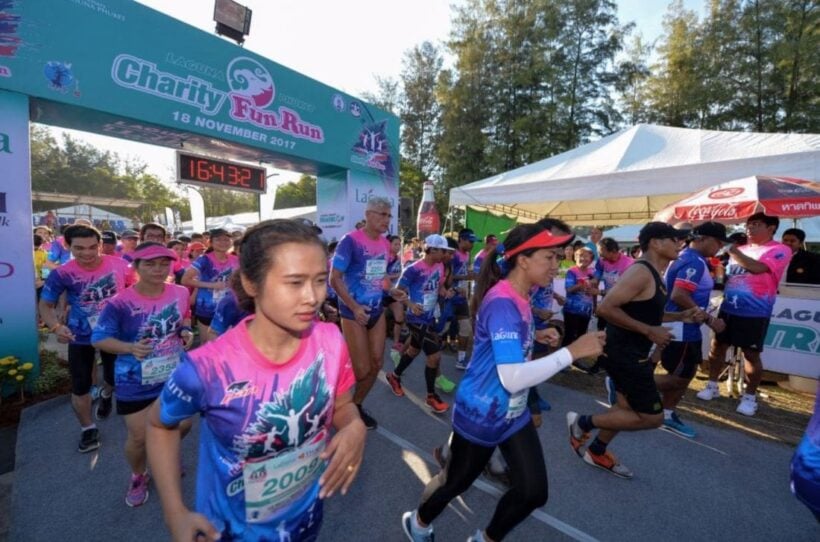 In 2018, Laguna Phuket Triathlon celebrates the events’s 25th anniversary – Asia’s longest running triathlon. The event will be held this weekend.

The event features the best international pro triathletes including world champions vying for the US$ 20,000 prize money purse. Amateur age group also have a chance to measure themselves with the world’s best or strive for their own personal best.

The race comprises a 1.8km swim in two different bodies of water – a 1.3km sea swim immediately followed by a 0.5km swim in one of Laguna Phuket’s freshwater lagoons. Then a new and improved 50km bike course with the Nai Thon hills as the ultimate challenge. The 12km run is a two lap course around Laguna. This race distance is open for individual triathletes and relay teams of three.

In celebration of the 25th anniversary, organisers have added a “25 for 25 Sprint” triathlon to be held in conjunction with the longer distance race, with a distance of 25km combined. The 0.5km swim in the lagoon will be followed by an 18.5km bike ride and a 6km run. This race distance is open to individual athletes only.

After the success in 2017, a 5km and 10km Charity Fun Run is being added to the program. It runs this afternoon to kick off the activities leading to tomorrow’s main races. For 2018 organizers have added a 2km Kids Run so there is a race for everyone in the family.

Korean man ran over by truck in Phuket accident