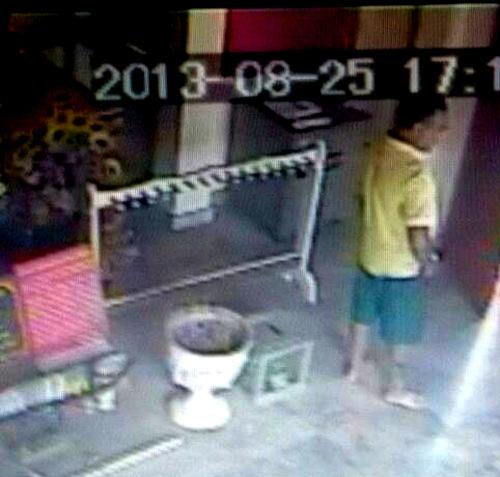 PHUKET: An Italian expat down on his luck was arrested yesterday after he stole 100 baht from a donation box at a Phuket temple.

When police viewed the temple CCTV yesterday, they saw a man use a stick with gum attached at the end to fish money out of the donation box.

Anticipating he would come back, police hid in the temple to wait for him, said Lt Col Sophon.

“At about 6:30 pm yesterday, he came back, walked directly to the box and used the stick to take money from it,” he explained.

“Officers waited until he put a 100-baht banknote in his pocket before they moved in and arrested him,” he added.

The man, identified by police as Franco Minichelli, 54, confessed to police that he stole the money, said Col Sophon.

“He told police that he had been living in Phuket for 10 years and owned a seafood restaurant in Rawai that went bankrupt. He was destitute, so he turned to stealing the donation money,” he said.

Mr Minichelli has been charged with theft.