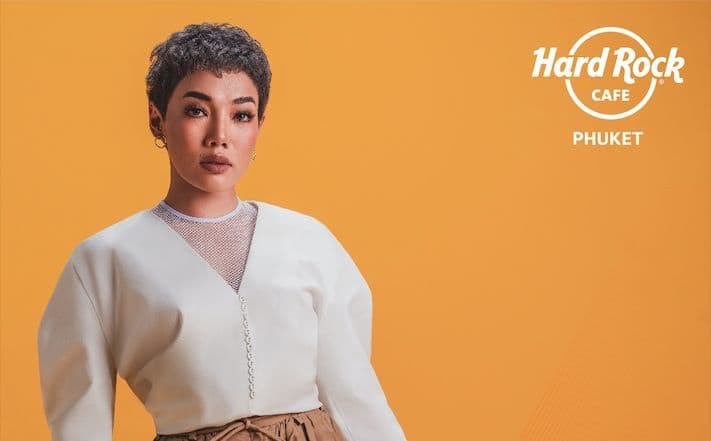 Award-winning Thai popular singer ‘Da Endorphine’ is set to headline an intimate performance at Hard Rock Café Phuket, where fans will get the chance to rock out to the GMM-Grammy singer’s biggest hits and support a good cause.

Just like the ‘feel-good’ vibe suggested by the popular singer’s stage name, the venue is sure to become a “pleasure centre” of musical entertainment during the mid-June concert, but the good feelings aren’t just for those attending: All ticket sales proceeds will go to orphan homes under Destination Kids Foundation.

Destination Eats CEO Edmund Lowman says “This is the first ever DKF charity concert.  Destination Eats fully supports to raise funds for orphanages across Thailand.  In the past years, we raised 3,650,000Baht among our outlets and hotels under Destination Group and donated 8 schools in Chianrai province and 2 orphanage hoems in Phuket and Chonburi because want to give something back to Thai society.”

Throughout her many years of performing, Da Endorphine has earned numerous music industry awards – no less than five in 2010 alone, including Best Female Singer and Best Female Album.

Just 250 seats are available for the Da Endorphine-Destination Kids Charity Concert on June 17 at Hard Rock Café Phuket. Doors open at 7PM, with admission at price 500 baht per person (includes one bottle Chang Beer).  3,000 baht  for 5 persons (include a bottle of Absolute or Jameson). A VIP ticket costs 2,500 baht including a set dinner, T-shirt, and ‘meet and greet’ by the singer. 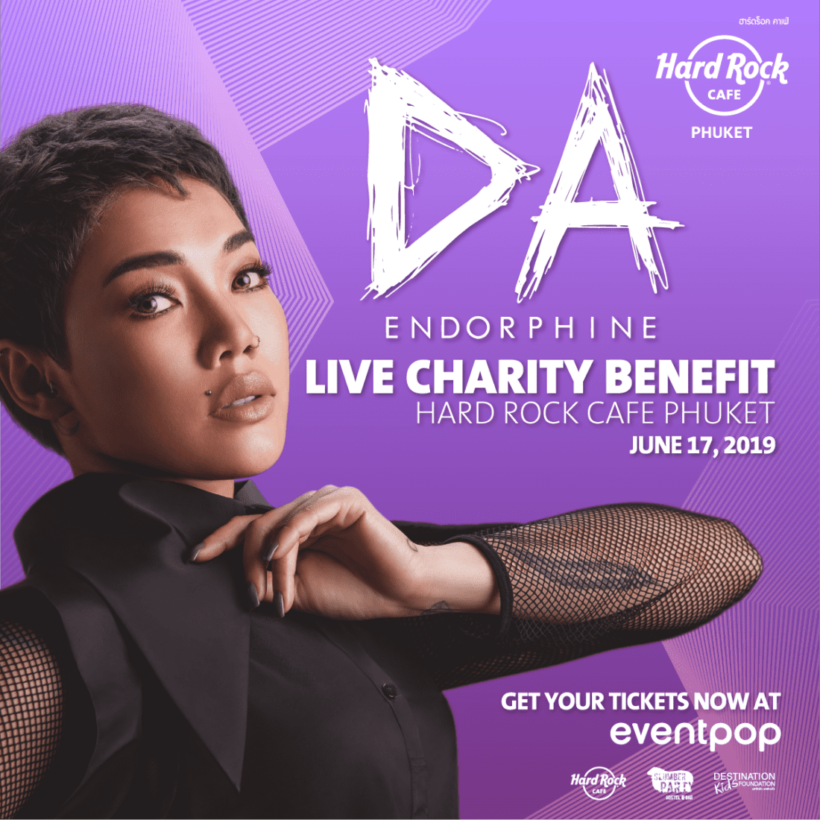 Bangkok Airways Samui Half Marathon, second in the Thailand series