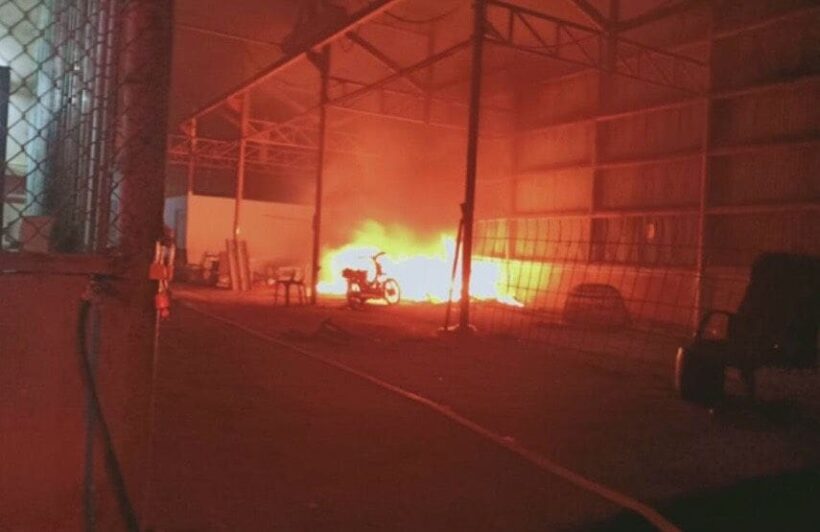 A drunken man was allegedly burning some papers but the fire spread, damaging a motorbike in a warehouse in Rassada last night.

The Phuket City Patrol Police headed to Soi Honsaithong in Rassada at 6.45pm.

Police and fire fighters with two fire engines arrived at the scene. It took about 20 minutes to bring the fire under control. One motorbike was already extensively damaged.

Locals told police that 40 year old Wichai Laolar, who owns the warehouse and lives there, had been drunk before he started to burn some papers. The fire spread to the motorbike nearby inside the warehouse. Locals immediately called police and firefighters.

The man was taken to the Phuket City Police Station where he was charged with being drunk and disorderly in public. 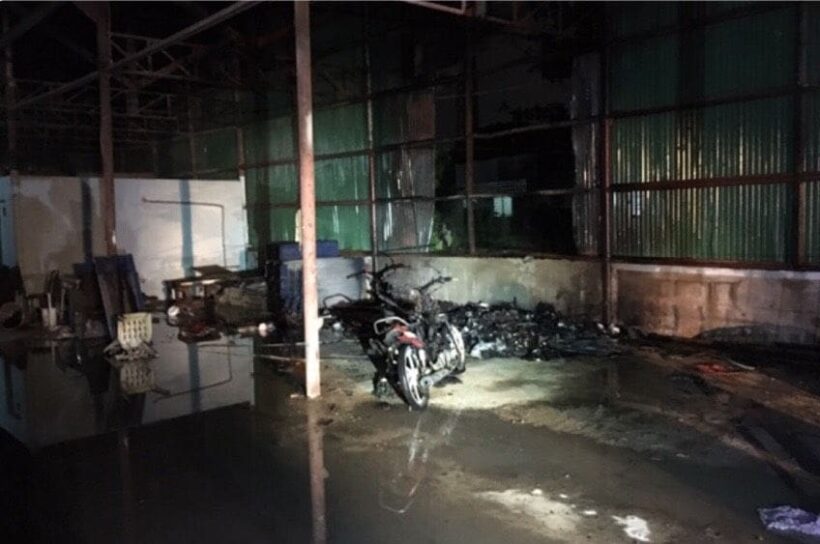 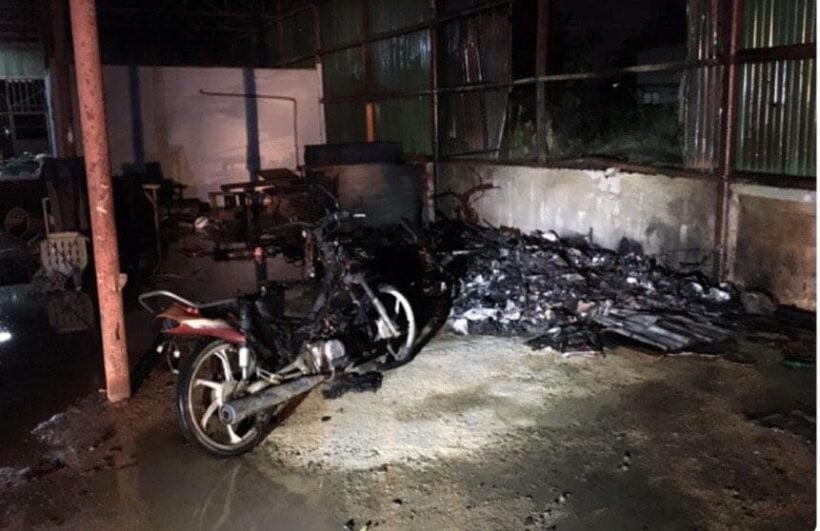