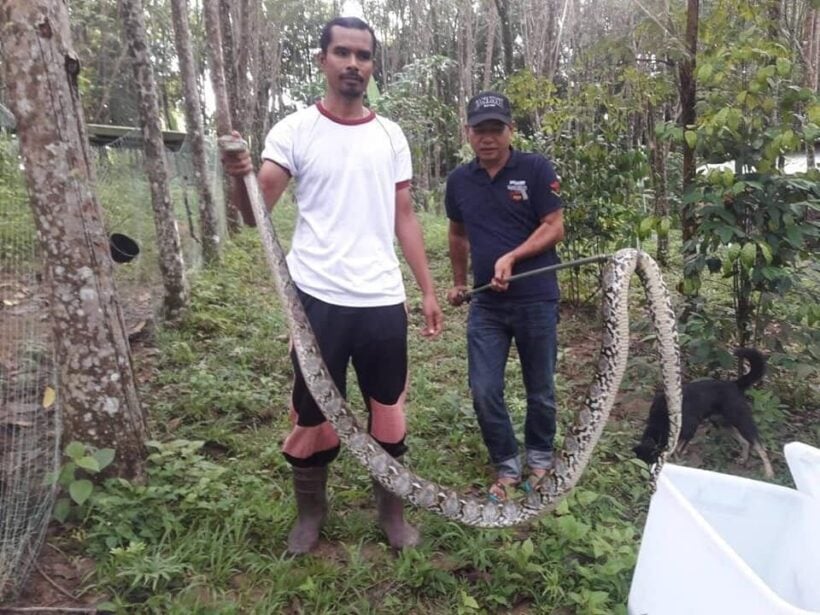 A three metre python has been caught in a rubber plantation in Chalong.

Staff members of the Chalong Municipality were notified from locals that a python had been found in a rubber plantation yesterday.

They tried to catch it using a rope lasso but the snake headed for a nearby tree. After a few attempts the team finally captured the elusive snake with nobody hurt in the process.

The python has now been released back into a natural habitat away from humans and towns.