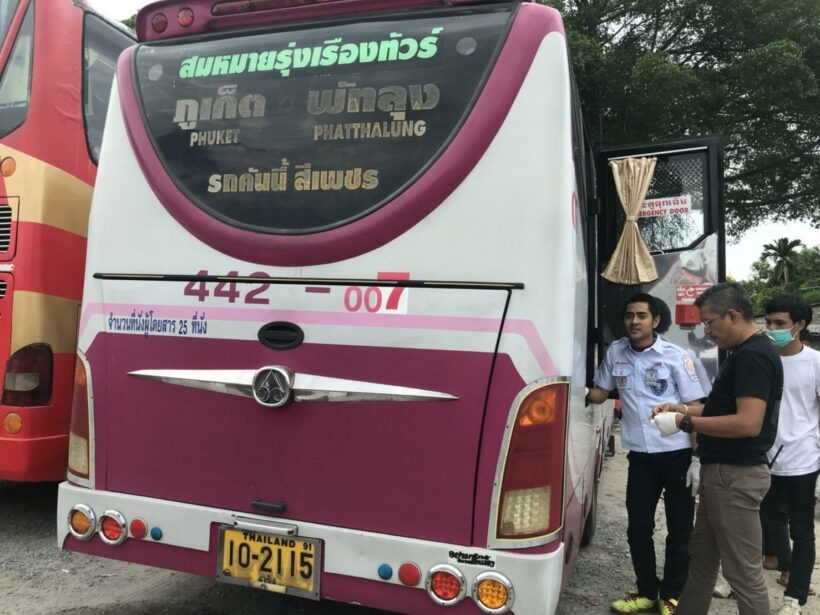 A Phuket-Pattalung  bus driver has been found dead in a parked bus at a gas station in Phuket Town today (June 13).

Phuket City Police were notified about the sad discovery at a gas station on Damrong Road in Phuket Town at 11am.

Police and rescue workers arrived to find a body of 52 year old Surat Nooklin lying on the back seat of the bus. He wasn’t responding and had no vital signs. His body was taken to Vachira Hospital.

A bus crew, 18 year old Danit Hattong, told police that “We arrived here from Pattalung last night (June 12) at 9pm. The bus driver was drinking brandy until 10pm. After that he slept on the backseat of the bus while I slept on the front seat. The fans were turned on. We had planned to depart Phuket to Pattalung at 1.15pm today. But when I awoke this morning I found that the driver was dead.”

At this stage all the police know is that the bus driver was tired from the long drive, the weather was hot and the bus driver had been drinking alcohol before he went to sleep. Police are continuing the investigation.