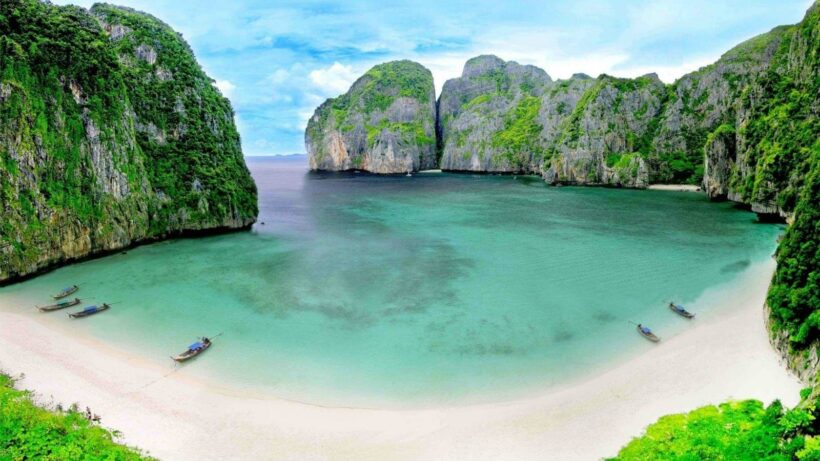 “Officials said they would use a drone to follow up the coral growth on a monthly basis.”

As the famous Maya Bay on Koh Phi Phi in Krabi’s Muang district is now until September 30 to allow nature to recover, officials on Thursday brought 400 coral pieces to be planted onto the degraded reef at the bay. The bay was closed down for a four month ‘rest’ on June 1.

Hat Noppharat Thara–Mu Ko Phi Phi National Park officials, joined by staff from Trang Marine Park, worked on the coral propagation programme by bringing coral from a nursing farm to be attached to the dead reef to support recovery.

Officials said they would use a drone to follow up the coral growth on a monthly basis during the first phase before monitoring it once every four months for a year, said park head Woraphot Lomlim.

Woraphot said the four-month break was necessary because the beautiful bay had suffered from scuba diving, boat anchoring and the passage of numerous boats. Up to 4,000 visitors came each day, he said.

A pier is being constructed at nearby Losama Bay so that Maya Bay could be closed permanently to boats and the number of visitors would be limited to 2,000 per day, he added.