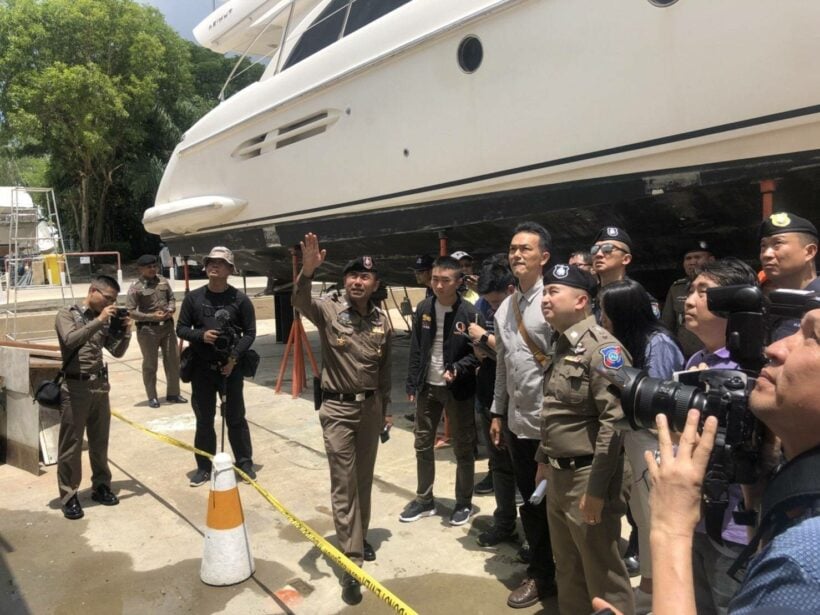 Deputy Commander of the Tourist Police Bureau based in Bangkok, Maj Gen Surachete Hakparn, was in Phuket over the weekend (twice) and yesterday (Sunday) led Chinese media to follow up on marine safety measures on the island.

A team of officers led 24 Chinese journalists from 12 Chinese media outlets were invited to Phuket to follow up on marine safety measures implemented since the July 6 boating disaster. The Tourism and Sports Ministry, and the TAT (Tourism Authority of Thailand) are in a frenzy to renew Chinese tourist confidence after years of avoidable deaths, especially in bus and marine accidents.

The first area of inspection was Chalong Pier, then Boat Lagoon in Koh Kaew and Rassada Pier. Officers checked boats and lists of passengers before boats departed from the piers.

Maj Gen Surachete says, “Officers are currently checking about 400 tour boats. Ten out of the first 200 boats inspected have been banned from leaving port as they do not reach standard safety levels. Officers are also checking 24 piers and 13 shipyards in around Phuket.”

“Marine safety checks are being conducted around the country including Pattaya and Chiang Mai (lakes and river rides), not only in Phuket. We want to make sure that tourists are confident when travelling in Thailand, especially Chinese tourists which are about 10 million per year.”

Phoenix owner fails to meet deadline to salvage the boat