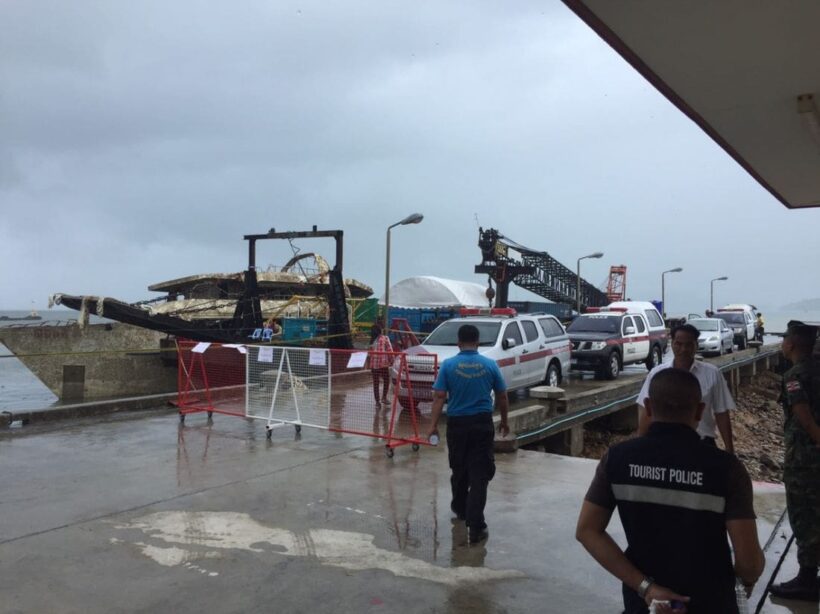 The Phoenix is expected to be brought up on to the land at the Rattanachai Shipyard in the next two days. Forensic Police are now inspecting the boat while a Buddhist ceremony was held for the 47 victims today.

At 10.30am today at Rassada Pier, where the Phoenix is being temporary parked, the ceremony was led by the Phuket Governor Pakkapong Tawipat and the Deputy Chinese Consul-General in Songkhla, and Director of the China Consulate-General in Phuket Li Chun Foo, and guests. A Buddhism ceremony was held with nine monks praying for the 47 victims who died in the disaster.

Officers revealed that bags of sand will be used to balance the boat before bringing it out of the water. (The Thaiger isn’t aware why the bags of sand are necessary but are trying to find out)

Man arrested over murder of woman in Mai Khao