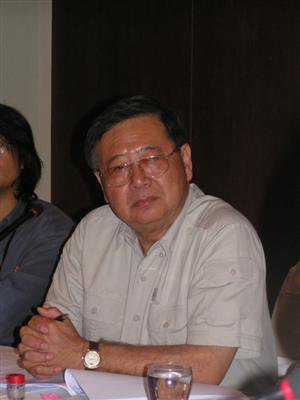 PHUKET CITY: Human Rights Commissioner Wasan Panich, who is leading the investigation into whether permission should be granted for a marina to be built at Cape Yamu, yesterday announced the project was developing into a “test case” on guidelines for similar developments in the future.

K. Wasan made the announcement at a public hearing at the Phuket Merlin Hotel, where people voiced their opinions on whether The Yamu Ltd company should be permitted to build a 39-berth marina, a hotel covering 100 rai and other facilities on the eastern cape.

At the hearing were local villagers for and against the project, as well as a panel of officials from relevant government departments.

“We are holding The Yamu marina project to be an example for other new marinas yet to be built in Phuket. We are concerned about Phuket’s capacity to support many marinas like this one and what effects construction of such marinas will have,” said K. Wasan.

Last year, Commissioner Wasan was contacted by angry villagers on Koh Yao Noi about an 85-meter pier and breakwater project that was fully approved, but without their knowledge. The project was later scrapped by its Bangkok-based developers.

“We are concerned that [if we make] a mistake in allowing this project to continue [then] it will contravene the intent of environment preservation law, which simply specifies that it is illegal to destroy the natural environment. If the Yamu project is allowed to proceed and then has an effect on the natural environment there, then I will need to know who will be held responsible.

“So, in this case we are waiting for the IEE [Initial Environmental Evaluation] to very carefully consider the environmental impact before deciding whether or not to allow the project.”

“At the meeting, we also discussed why it seems that anyone who owns beachfront land in Phuket can easily apply to build a marina. So we are now considering putting in place regulations specifying zones where such coastal development would be allowed. These laws could be applied throughout the country, but would be especially important for Phang Nga Bay and Phuket.

“In Phuket, there are people who depend on fishing to make a living, so we cannot ignore them in a way that will destroy their way of life,” K. Wasan said.

“Now, we are waiting for the report from the Phuket Vice-Governor [Worapoj Rattasima] and for the IEE to review the environmental-impact assessment before we can make a decision on the Yamu project,” he added.

V/Gov Worapoj said, “The provincial government has not yet granted permission for this marina to be built. We cannot decide quickly because local villagers are still divided on the issue.”

“I think that all the government departments involved in this case must determine which areas in Phuket should be protected zones. We would be able to show this to investors and we would be able to better preserve natural areas, especially public land,” he said.