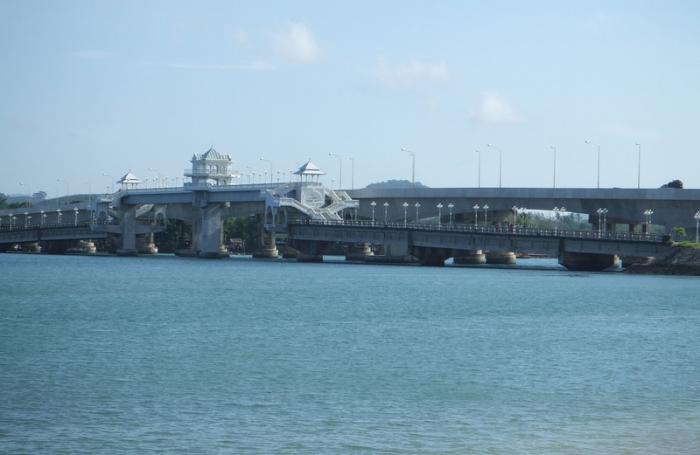 PHUKET: A self-proclaimed brokenhearted woman was safely rescued after she jumped off Sarasin Bridge a day before Valentine’s Day.

“Ueangporn Thongsakul, 28, was rescued by a nearby speedboat driver after he saw her jump at about 8pm on Saturday,” said Lt Col Anek Mongkol of the Tah Chat Chai Police.

“Thankfully, Ms Ueangporn is uninjured. She explained that she was stressed because of a falling out with her girlfriend,” Lt Col Anek said.

Sarasin Bridge is historically known as the ‘love bridge’ – in February, 1973, a couple allegedly bound their hands together and jumped off the bridge. Since then, a number of people have jumped from the bridge to their deaths.