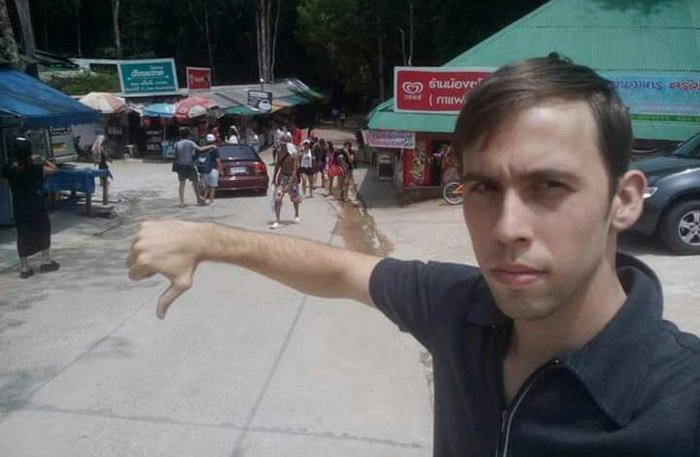 PHUKET: A wildlife sanctuary chief this morning defended his staff’s double-pricing discrimination against a Phuket man at Krabi’s Emerald Pool on Saturday.

“There were three tourists, two men and a woman. The two Thais were asked for 20 baht each for the fee and the other man was asked to pay 200 baht,” said Wutthipong Chusangrat, the chief of Khao Pra – Bang Kram Wildlife Sanctuary in Krabi.

“According to fee rules, the fee for foreigners is 200 baht. So the tourists changed their minds and didn’t go into the pool.”

Mr Wutthipong went on to say that there was no argument between the tourists and the park officials, and it wasn’t until the incident went viral that it came to his attention.

Though there was no argument at the entrance, the Phuket man, Grittapohn Chattreesagoon, whipped up a social media frenzy following the incident. His Facebook post on the issue had 37,000 likes and 3,800 shares as of today.

“My friends and I from Phuket went to the Emerald Pool in Krabi. The staff asked for 200 baht… I told them I pay 20 baht every time I come here. I told them I am from Phuket like my other friends but all they wanted was money. So we left,” a Facebook message posted by Mr Chattreesagoon read.

Mr Grittapohn went on to explain that locals were not happy with the new officers.

“When we got to the car park, one of the staff asked why we were leaving so soon. We were there for only less than 10 minutes. I told them what happened… So the person who takes care of the car park gave us back the fee and apologized to us.

“I speak Thai, I read Thai, I can sing the Thai national anthem and the royal anthem of Thailand. If anybody knows a good authority in the area, please let them know about this story.”

However, Mr Grittapohn was allegedly unable to prove he was a Thai citizen with a Thai identification card.

“The reason our staff stood by the 200-baht fee, even though the man said that he was Thai, was because he could not provide a Thai ID card,” Mr Wutthipong noted.

“He was able to show a driving licence. However it did not contain a 13 digit Thai identification number, which all Thai citizens have. Even though he has been living in Thailand for a long time, he is still a foreigner, not a Thai citizen. I assure you that our staff was just following the rules. It was not about trying to get more money as alleged.”

The Gazette has yet to confirm Mr Grittapohn’s nationality.