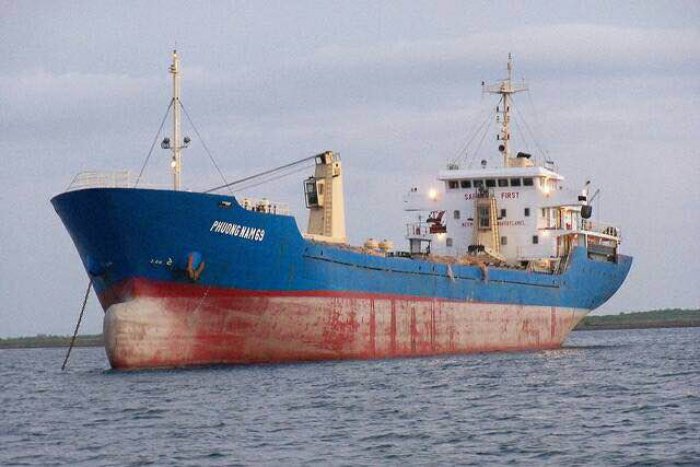 PHUKET: Marine officials have detained a Vietnamese cargo ship in Phang Nga after the vessel struck and sank a Thai fishing boat off Phuket yesterday.

“We were anchored about 10 nautical miles from Phuket Airport, when at about 8:40am a cargo ship named Phuong Nam 69 came from nowhere and rammed our bow hard,” Arom Sri-im, owner of the fishing boat Wassana Waree, told police.

“And it didn’t stop after hitting us. It just cruised off like nothing had happened. It was unbelievable.”

With the hull compromised, the Wassana Waree started taking on water and began to sink, he explained.

“Fortunately, all of my crew were saved by fishermen working in the area,” Mr Arom said.

After receiving a report of the collision, Phuket Marine chief Phuriphat Theerakulpisut had officers at the VTS (vessel traffic monitoring system) at Chalong Pier locate the Phuong Nam.

“We soon had all the information we needed. The Phuong Nam 69 is carrying about 5,000 tonnes of cement from Kantang, Trang, to its destination in Myanmar,” Mr Phuriphat told the Phuket Gazette.

“We located the ship in Phang Nga and ordered it to stop. We have also contacted the Vietnamese owner, who promised to meet with the owner of the Thai boat today to arrange compensation.”

Meanwhile, the Wassana Waree lies on the seabed at a depth of about 50 meters.

“It poses no threat to marine traffic in the area for the foreseeable future,” Mr Phuriphat noted.