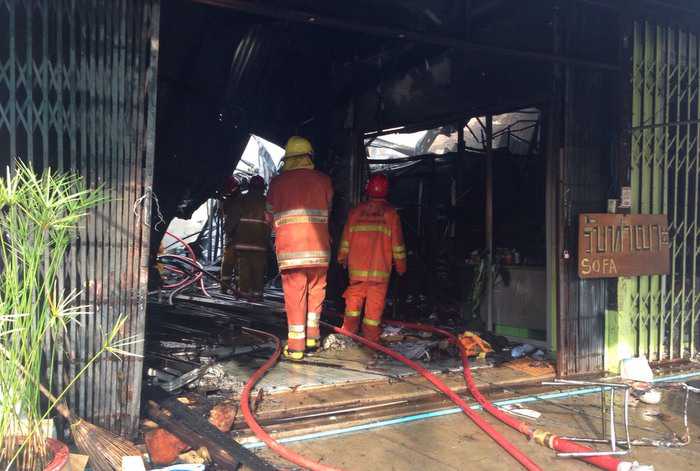 The flames were contained and put out within 30 minutes. However, a rice warehouse next to the furniture store incurred some damage, confirmed Pornthip Chumsri of the Phuket City Police.

“I had hired a repairman to replace the old roof. While he was welding, one of the sparks landed in a can of paint thinner, which quickly led to a fire that engulfed the entire store,” said Rewat Suwannawong, the son of the furniture shop owner.

An estimated 150,000 baht of damage was caused by the blaze. 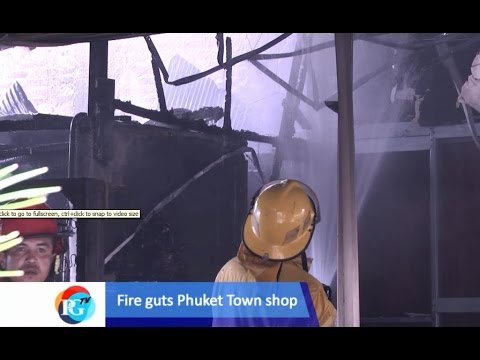 Estimated damage from the fire was 150,000 baht. Video: PGTV