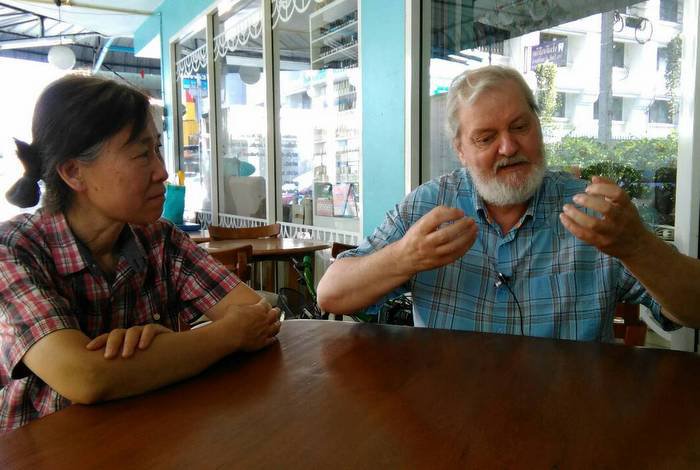 KRABI: A man’s act of kindness went viral on Friday after he rescued a Norwegian photographer and his partner from the mud along the banks of the Krabi River.

Chat Ubonjinda, 44, spotted the tourists stuck knee-deep in the mud, unable to free themselves.

Arild Hagen had originally waded into the muck for a photograph and had become stuck. Yanxiang Guo, originally from China, came in after him to help, but also got stuck.

“I was fishing from a boat in the river when I saw the couple up to their knees in the mud and unable to free themselves. I went to help them,” Mr Chat said. “I first took their bag and camera back to shore. Then I tried to find some pieces of wood that they could step on to free themselves.”

Unfortunately, Mr Chat was unable to find anything, so he waded back in and attempted to pull them out.

“I couldn’t do it,” Mr Chat confessed.

So, Mr Chat laid down flat in the mud and allowed the two tourists to step on his legs and back as they clambered out.

Because the video went viral, Mr Hagen and Ms Yanxiang were able to track Mr Chat down, presenting him with a reward and flowers.

“Mr Chat is a good man. His good actions reflect positively on Krabi and all of Thailand,” Governor Pinit said. “I will report this good deed to the government so they can use it to promote tourism in Krabi.”

The Tourism Council of Thailand awarded Mr Chat with a certificate of appreciation yesterday.