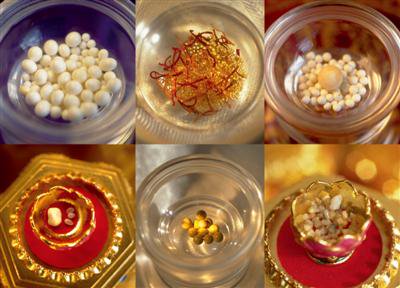 PHUKET TOWN: An exhibition of sacred Buddhist relics from the worldwide Maitreya Project Heart Shrine Relic Tour will be open for public viewing on Saturday and Sunday in Kamala.

Relics believed to be from the Kasyapa Buddha, Shakyamuni Buddha, and Buddhist masters will be on display for the first time in Thailand at the Karuna Meditation and Yoga Center.

This free event will give local residents the opportunity to view a collection of sacred relics, believed by many to promote healing.

When a spiritual master’s body is cremated, pearl-like crystals are sometimes found among the ashes, organizers say.

For this exhibit, Buddhist leaders from around the world have donated to the collection.

The relics include teeth, hair and other objects. They are said to have been discovered after the cremation of the historical Buddha and other masters.

Some believe they still physically embody the Buddha’s spiritual qualities of compassion and wisdom.

Since the Maitreya Project Heart Shrine Relic Tour began in 2001, it has featured over 1,000 relics.

These promote a non-sectarian and universal message of loving kindness and world peace, organizers say.

Each visitor will have the opportunity to be personally blessed by the relics, which are believed to promote healing.

All donations made during the relics tour go to the Maitreya Project, based in Kushinagar, India.

Kushinagar, where the historical Buddha passed away, is one of the eight great places of Buddhist Pilgrimage. The name Maitreya comes from the Sanskrit word for ‘love’.

Viewings will be held between 10am and 7pm at the Karuna Meditation &Yoga Center in Nakatani Village, between Kamala and Kalim beaches. For more information contact Chris (Tel: 087-8858622; info@meditate-Thailand.com).

NEWS Hound: Another Phuket Island in the Philippines?