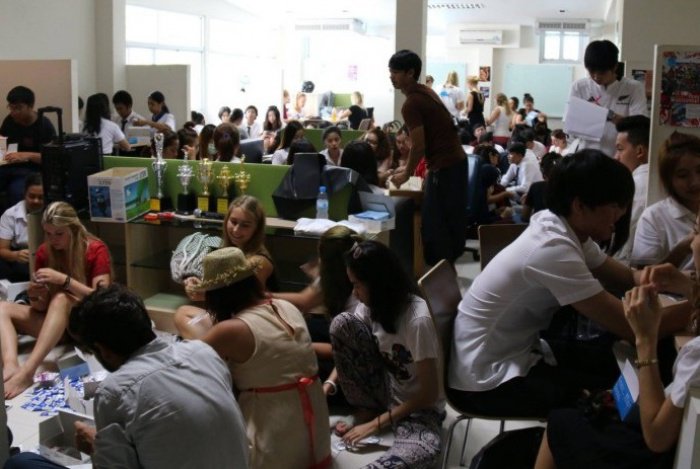 PHUKET: University students helped the Phuket Loves You Club (PLU) with a safe-sex campaign in which they distributed thousands of condoms to locations on Soi Paradise in Patong and Prince of Songkla University (PSU).

About 200 PSU students packed 20,000 of the 100,000 condoms donated to PLU by Carex into individual packages with lubricant and a safe-sex message written in Thai, as well as contact details for the Sabaidee Clinic.

“The only way we will address and defeat this major health issue in the Phuket Community is through the support of the broader communities,” Ken Miller, chair of the PLU’s community projcet ‘HIV and AIDS Related Programme’. “Thank you to the Prince of Songkla University and its students… Through this support, we are beginning to bridge the gap that keeps the LGBT [lesbian, gay, bisexual, transgender] and straight communities from working together and building an understanding that this disease is not just a ‘Gay Disease’, but one that affects all of Phuket.”

Members of PLU distributed 24 large boxes of condoms at LGBT venues in Soi Paradise in Patong. One box was also put on the PSU campus.

Earlier this month, the National AIDS Committee approved 230 million baht for AIDS prevention activities and a public relations campaign to try and reduce discrimination against people with HIV (story here).