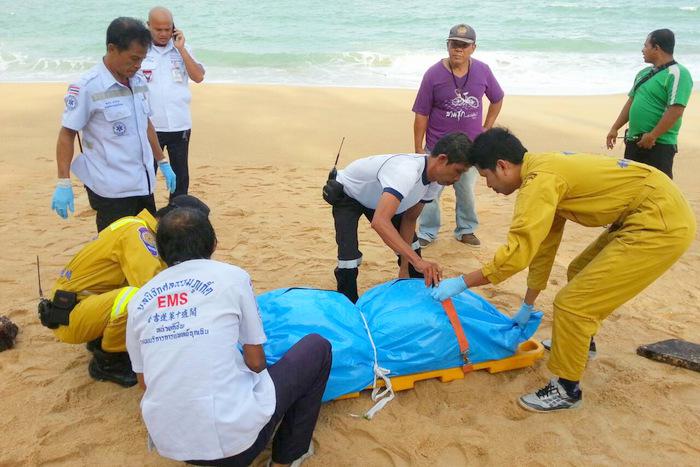 PHUKET: Police are trying to establish the identity of a man whose naked body was found washed up on Mai Khao Beach this morning.

A local beach resort staffer notified police after a tourist made the gruesome discovery at about 7am.

“From our initial examination of the body, we believe the man died about three days before his body was found,” said Lt Thanom Thongpan of the Tah Chat Chai Police.

The man was fair skinned and about 165-170cm tall with black hair.

“We’re not sure whether he was Asian or Caucasian. However, we believe his skin was likely to be naturally fair as it did not look like it was blanched by the sun,” said Lt Thanom.

The remains were taken to Thalang Hospital in the hopes that doctors there could also determine the cause of death, he added.

“We found no bruises or other signs of violence on the body, so we have no way of determining a possible cause of death,” Lt Thanom explained.

“Officers are now contacting every police station in Phuket and Phang Nga, as well as the Marine Office, for missing person reports. We have begun questioning local residents as well.”

Lt Thanom urged anyone with information that could help identify the body to call the Tah Chat Chai Police at 076-348567.