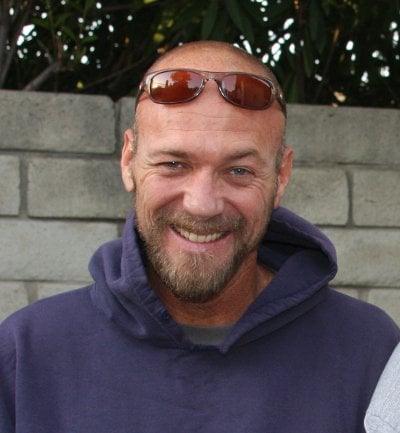 PHUKET: The US Embassy in Bangkok has stepped up its search for missing American citizen Brett Chapman Bean, 43, who was last known to be in Phuket.

Staff at the AirAsia office at Phuket Airport confirmed to the Phuket Gazette that Mr Bean had booked a seat on board flight FD3012, which was scheduled to depart Phuket at 9:30pm on November 27 and arrive at Don Mueang Airport in Bangkok later that night.

However, airport staff confirmed that Mr Bean did not board the plane.

The US embassy has since distributed photos provided by Mr Bean’s worried parents to area wardens in Phuket and shared them with local police. The US embassy has also notified embassy posts in Burma, Laos, Cambodia and Malaysia.

Embassy staff have confirmed to the Gazette that the embassy in Bangkok was notified of Mr Bean’s disappearance on Friday, November 30.

Since then, embassy staff have:

“Brett is a ski instructor in Colorado in the winter. He spends his summers in Phuket. He is an avid surfer. He knows a lot of people at the surf shops in Kata Beach. He has told me that he has pulled swimmers out of rough waters,” a staffer at the US Embassy’s American Citizen Services (ACS) unit in Bangkok told the Gazette.

“He is an animal lover and often feeds the homeless dogs. He was attached to one particular dog at one of the temples and he would visit him often. He likes to explore new places. He has a large circle of close friends in Colorado. He usually has a beard in the winter and shaves it off in the summer.

“He has a large tattoo on the inside of his left forearm. He speaks Thai, [but] I am not sure how proficient he is,” she added.

Mr Bean was at last report staying at a bungalow in Karon.

“There is an American gentleman and an Australian gentleman living in the same place that he is at now. Brett just recently took care of the American’s dog while he visited the USA,” the embassy official told the Gazette.

“The Phuket newspapers have been wonderful. They have helped us a lot as we are not familiar with the area,” she added.

Phuket police have been alerted to the physical similarities in the descriptions of Mr Bean and the body found floating off Koh Racha, about 25 kilometers south of Phuket, on November 23.

“Regardless, we are investigating the possibility that it may be the same man,” he told the Gazette.